The Libertarian candidate for Vice President visited Savannah earlier this week, energizing a crowd of people supporting one of the more under-publicized campaigns of 2020. 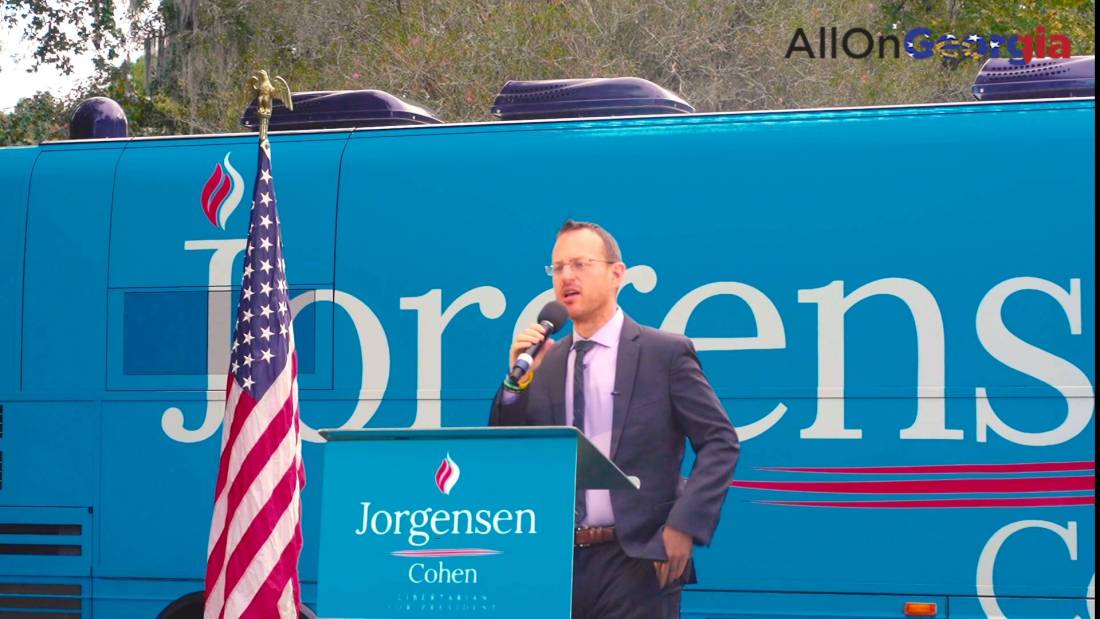 The Libertarian candidate for Vice President visited Savannah earlier this week, energizing a crowd of people supporting one of the more under-publicized campaigns of 2020.

Spike Cohen, running mate of third party presidential candidate Jo Jorgenson, spoke to an excited – and socially distanced – group in Savannah’s Tideman Park Monday evening. The event, organized by the Libertarian Party of Savannah, the Libertarian Party of Georgia, and Jorgenson/Cohen campaign, highlighted the tenets of the expanding movement of individual liberty and free market solutions. Cohen, the only millennial to ever appear on the ballot in all 50 states, spoke specifically on ‘the crony system,’ stolen wealth, the war on drugs, a militarized police state, and ending a host of federal agencies.

“Who is ready to take every single bit of the power, and the wealth, and the freedom that they have stolen from you and put it back in your hands where it always belonged? Folks, that’s why Jo and I are running…we

recognize that the American people do best when we are free. We have seen what the Republicans and Democrats have done with their exclusive control of every level of power and government in this country for over 160 years.

…We know that we are never going to get what we need from the folks who created this mess. We know that the best way for us to live our lives is when we are the most free.”

Cohen also fielded a number of questions from patrons on issues, the part of each of his tour bus stops that he says remains his favorite. Monday’s questions pressed Cohen to elaborate on the Libertarian perspective on everything from healthcare and the VA to public lands and mental health.

Cohen chatted with AllOnGeorgia after his speech, specifically about youth outreach and the issues he has found are not only resonating most with voters, but drawing them away from the two major political parties.

On younger voter outreach: “What we’re seeing is the Republicans and Democrats, like they do with most people, they just pander and with the youth, they will use popular musicians, they’ll post things that they think are culturally relevant or hip to get their attention, but they’re not actually pushing for policies that are changing what they’re facing.

This generation, I’m an old millennial, is something that is unique to Americans for the last several decades. They are facing a situation in which they will more than likely be poorer than their parents and grandparents were. And in a time when the cost of living continues to spiral out of control, what that looks like is an increasing number of young Americans not knowing how they’re going to be able to pay for college, not knowing if they’re going to be able to find gainful employment just to get through life, much less own a home or build a financial legacy. What they’re often told by Republicans and Democrats, they’re either told that it’s their fault or that they’re lazy and they need to pull themselves up by their bootstraps or they’re told that the answer is just to have government take control, even though it was those types of controlling policies that led to the cost of living spiraling out of control.

What we are doing is going to events, hosting events online, and then actually going to where they are -in person and online – and engaging with them in their space and from their perspective. Meet them where they are, listen to what their concerns are, acknowledge that what they are concerned about is a legitimate concern, and then share with them how the bad RepubliCrat policies led to these intended outcomes. Then we share with them how Libertarian policies and reforms will resolve the issues.” 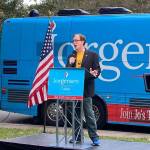 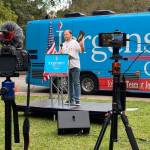 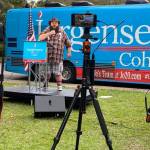 On issues drawing people to the Libertarian Party: “What’s drawing people in is that they’re seeing that they’re losing control of their lives and it’s directly related to why things are getting worse. Where they’ve been told by Republicans and Democrats to varying degrees that the answer is for the government to have more power, or ‘the right’ politicians to be controlling their life, we’re seeing, in real-time, the fruition of those lives coming to roost.

The biggest issues that people are coming to us about, whether they’re talking about health care, higher education, the single biggest issue is that the cost of living continues to spiral out of control and that their wages and income aren’t rising at the same rate as the cost of living. In fact, in some cases, their wages are going down or staying the same, which means they’re having to go into debt. Not to start a business or own a home or anything propelling them forward, but to live life.

The Libertarian Party is the only one that isn’t trying to sell the next subsidy plan that is supposedly going to fix it. We know that the system of control and subsidization is what made this problem to begin with and we know that putting power back in their hands by taking it out of the hands of the cronies and politicians and bureaucrats, that they’ll see a lower cost of living, gainful employment, and control of their own lives.

As the week carries on, the tour bus is making its way through cities in Florida, stopping in Miami at the end of the week.