Civil rights icon and Georgia Congressman John Lewis passed away Friday at the age of 80. He was the last of the Big Six civil rights activists led by the Rev. Martin Luther King Jr., 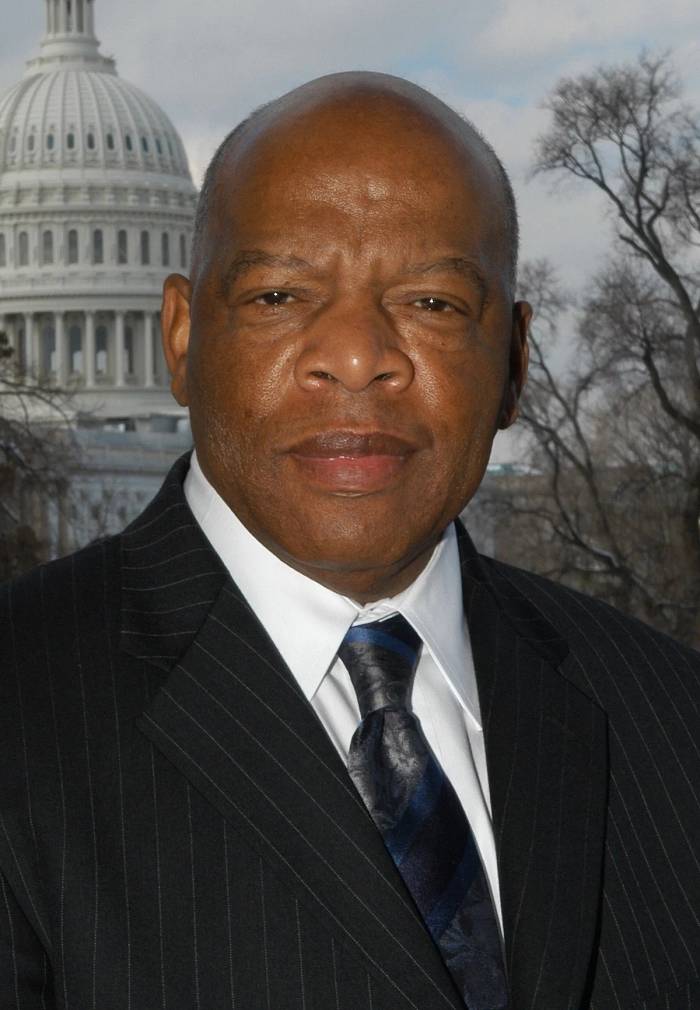 Civil rights icon and Georgia Congressman John Lewis passed away Friday at the age of 80. He was the last of the Big Six civil rights activists led by the Rev. Martin Luther King Jr., and so congressional congressional colleagues, civil rights leaders, and individuals alike have all been quick to remember his legacy.

“A civil rights icon, freedom fighter, and beloved Georgian, @repjohnlewis lost his battle with cancer today. Our nation will never be the same without him. There are no words to adequately express the sadness that countless Americans are feeling upon learning this news. John Lewis changed our world in profound and immeasurable ways.
@GAFirstLady, the girls, and I are praying for all of his loved ones, friends, and colleagues in this incredibly difficult time.”

“No one embodied the word ‘courage’ better than John Lewis. As a civil rights icon, John inspired millions of Americans to fight injustice and reject the status quo. Without a doubt, his wisdom and resolve made the world a better place. Bonnie and I join the nation in sending heartfelt prayers to John’s loved ones during this difficult time. We hope they find comfort in knowing he is at peace and that his legacy will live on for generations to come.”

“The passing of John Lewis is a devastating loss, not just for Georgia, but the entire country,” said Loeffler. “Few people have the grit, tenacity or courage of John Lewis. As a leader in the civil rights movement, he always pushed America to live up to its promise of freedom and equality. Our nation is better because of his leadership and courage. We know his legacy will never be forgotten. Jeff and I join the nation in mourning this tremendous loss. May God comfort the Lewis family and their loved ones during this incredibly difficult time.”

“Our country has lost a giant tonight. Congressman John Lewis was America’s greatest champion in the fight for justice and equality, and showed us all how to put the people first. His legacy of Good Trouble will ring on in generations to follow, a guiding light for those continuing to march toward a more righteous future.

He was my hero and my friend, and I will miss him very much.”

“In so many ways, John’s life was exceptional. But he never believed that what he did was more than any citizen of this country might do. He believed that in all of us, there exists the capacity for great courage, a longing to do what’s right, a willingness to love all people, and to extend to them their God-given rights to dignity and respect. And it’s because he saw the best in all of us that he will continue, even in his passing, to serve as a beacon in that long journey towards a more perfect union.” Read full statement

“Thank you John Lewis for all of the good trouble you created. In doing so you transformed not only the South and the US but set an example for freedom fighters all over the world.”

“I am sad that John Lewis passed away. He had courage to stand for what he believed in, even when is put his life in jeopardy. It’s easy to say we have that kind of courage, but he proved it. I’m glad I got the chance to shake his hand. Prayers for his family and friends.”

“Oh, how you’ll be missed. You accomplished more in your 80 years than I could ever dream of. May your words light a path we walk in for the rest of our days, ⁦@repjohnlewis. Rest In Peace. You left this world a better place than you found it.”

The world has lost a legend; the civil rights movement has lost an icon, the City of Atlanta has lost one of its most fearless leaders, and the CBC has lost our longest serving member.

“Today, America mourns the loss of Congressman John Lewis, a civil rights icon and the conscience of the United States Congress. John Lewis led a life fighting for equal rights and worked tirelessly to bend our nation’s arc towards justice.

“On behalf of the State of Connecticut, I thank Congressman John Lewis for the decades of service he gave to our nation, and the impact he made throughout the entire country in the ongoing effort to bring positive change in the face of injustice. He leaves behind a legacy that will forever inspire us in immeasurable ways. He is an icon and a hero, and his passing is a terrible loss for our country.”