Today, Governor Kemp announced the formation of the Nominating Committee for Georgia’s Child Advocate. Georgia code requires the appointment of a nominating committee to recommend at least three candidates qualified to serve as advocate. The position is open due to the resignation of current advocate Rachel Davidson, who has accepted another position.

State law requires the nominating committee to review applicants for the position and recommend at least three candidates to the Governor for consideration. The committee will consist of Tom Rawlings, Frank Berry, and Melissa Carter.

Frank W. Berry is the Commissioner for the Georgia Department of Community Health (DCH). In this role, he manages the $16 billion agency responsible for health care purchasing, planning and regulation, and improving the health outcomes of Georgians. Prior to joining DCH, Berry was the Commissioner of the Georgia Department of Behavioral Health and Developmental Disabilities. He served in this role for over four years and has more than 35 years of public service experience. 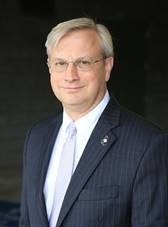 Tom C. Rawlings was appointed in February 2019 by Governor Brian Kemp to serve as Director of the State Division of Family and Children Services, where he supports the efforts of over 6,000 DFCS employees who protect Georgia’s most vulnerable children and assist the state’s struggling families. He previously served as Interim Director of the agency under Governor Nathan Deal. Prior to joining DFCS, Tom served as Georgia’s Child Advocate for the Protection of Children and helped lead efforts to improve our state’s child protection system. Governor Deal appointed him to the Office of the Child Advocate post in January 2017, and he also served as the Director of that agency from 2007-2010 under Governor Sonny Perdue. He is an honors graduate of both Duke University and the University of Georgia School of Law and earned a masters in international human rights law, with distinction, from Oxford University. 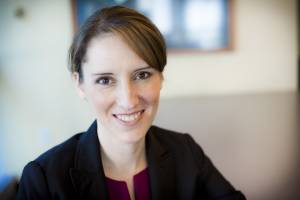 Melissa Carter is a Clinical Professor at Emory Law School and the Executive Director of the Barton Child Law and Policy Center. She brings more than 18 years of experience in policy development and legislative advocacy, including efforts that resulted in the enactment of the Juvenile Justice Reform Act and dozens of state child welfare laws. Melissa serves in a variety of other roles on several statewide policy advisory bodies, including the First Lady’s Children’s Cabinet, the State Juvenile Justice Advisory Group, and on several nonprofit governance boards. She also holds an adjunct teaching position as a Clinical Professor in the Department of Psychiatry and Behavioral Sciences at Morehouse School of Medicine. Melissa earned her Bachelor of Science summa cum laude and Juris Doctorate from the University of Illinois.

Applications will be accepted from Monday, May 3 at 8:00 a.m. through Friday, May 7 at 5:00p.m. Qualified candidates should submit a resume to Melissa D. Carter by email to Melissa.d.carter@emory.edu.