Secretary of State Brad Raffensperger is reminding Georgians that early voting and absentee ballots are ways to avoid crowds and minimize possible exposure to the coronavirus responsible for COVID-19. 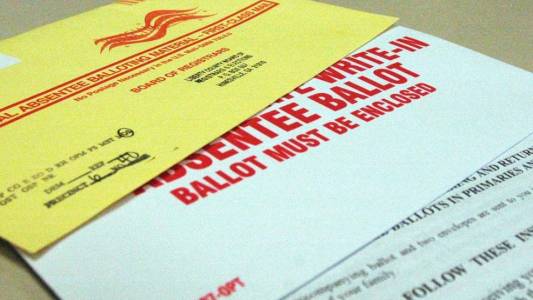 Secretary of State Brad Raffensperger is reminding Georgians that early voting and absentee ballots are ways to avoid crowds and minimize possible exposure to the coronavirus responsible for COVID-19.

“Georgia has made convenient and easy ways to avoid crowds while voting through three weeks of early voting and no-excuse absentee ballots,” Raffensperger said. “Although medical officials say the risk is small in Georgia, people worried they may face higher risk due to age or general health should vote early or absentee. Anyone who isn’t well should indeed vote absentee.”

Voters considering an absentee ballot shouldn’t put it off to allow ample time for it to be mailed to them and time for them to return it to their county elections office.

Early voting is ongoing in every county for the March 24 Presidential Preference Primary.

As of Monday morning, 153,000 ballots have been cast in the Presidential Preference Primary ahead of the March 24 Election. Of those, 129,000 were cast in person at early-voting locations set up in each county. Another 24,000 were cast as absentee ballots.

To find the site and hours for early voting and the Saturday early-voting location, voters should click on mvp.sos.ga.gov. The website also has applications for absentee ballots, sample ballots, the address of Election Day polling places, and the status of absentee ballots.

The Secretary of State’s elections officials are in close contact with the U.S. Centers for Disease Control and Prevention as well as the Georgia’s Coronavirus Task Force.

Using that input, the Secretary of State’s Office distributed information to the counties on ways to sanitize touchscreen voting machines, check-in poll pads and other equipment. Each county’s poll workers and voters are encouraged to thoroughly wash their hands frequently.

Counties are also urged to call up extra poll workers so that if any are unable to work on Election Day there will still be plenty for smooth running of the election without long lines.