The Office of Georgia Secretary of State Brad Raffensperger is firing back at media which contends the state’s voting system is not secure and says the outlet did not consider that the experts consulted for the story were paid by the industry. 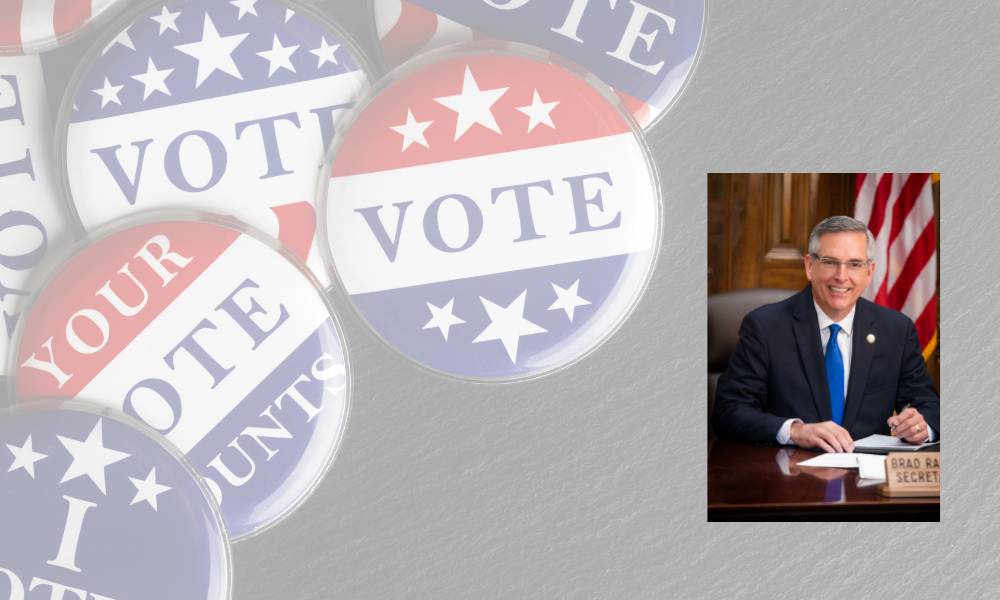 The Office of Georgia Secretary of State Brad Raffensperger is firing back at media which contends the state’s voting system is not secure and says the outlet did not consider that the experts consulted for the story were paid by the industry.

The following is a full statement from the Georgia Secretary of State’s Office.

The AJC’s conclusion in today’s story that Georgia’s election system is particularly vulnerable to cyberattack is based on false information and the unsubstantiated theories of activists who’ve long demanded hand-marked paper ballots exclusively. The “experts” the article cites have long been paid by the activist community to support their lawsuits. Did the AJC not see fit to mention this potential source of bias? Did the AJC “investigation” even ask how much money these “experts” have been paid by that community?

“The AJC has worked hand in hand with partisan activists to undermine the credibility of our elections – which are running smoothly with short wait times throughout the state amid record-breaking turnout,” said Deputy Secretary of State Jordan Fuchs. “Georgia’s election system is safe, secure and efficient – it combines the best of both electronic and paper ballots – and voters should feel confident that their votes are counted and recorded accurately.

“The Russians, Chinese, Iranians – or anyone else – don’t need to hack systems to hurt our democracy. They merely need to post sensationalized and misleading AJC stories on fake Facebook accounts.”

The story states wrongly that “Secretary of State Brad Raffensperger’s office weakened the system’s defenses, disabling password protections on a key component that controls who is allowed to vote.”

The story says that “removing password protections on the poll pads did nothing to reduce lines on the first day of early voting.” Apparently, the AJC “investigation” did not even bother to learn how voters are actually checked in during early voting. “In early voting, the poll pads aren’t used to check in voters. their only purpose in early voting is to program voter cards, so of course it has no impact on lines. Early voters are checked in directly on the state’s voter registration system – and, coincidentally, that system requires multifactor authentication, which the story suggests Georgia doesn’t have. Georgia does have multifactor authentication and has for years.” In fact, the AJC has previously reported on the fact that Georgia’s voter registration system requires multi-factor authentication.

Checking in early voters directly in the statewide voter registration system prevents them from going to another early voting location and thus stops double voting. Unlike early voting, poll pads are used to check in voters on Election Day because, in that case, the voter’s local precinct is the only place he or she can vote and the poll pad has a record of who has already voted there that day.

The story asserts that the National Academies of Science and the U.S. Senate Intelligence Committee, among others, have said hand-marked paper ballots counted by a scanner are the safest method for conducting elections.

“Wrong again,” Fuchs said. “The National Academies of Science expressly said that paper ballots are the safest method for conducting elections, and that paper ballots can be marked by hand or by electronic ballot marking devices. These same activists have called for years for Georgia to have an auditable paper ballot trail and conduct a post-election audit. Now we do both of those things. Filing a lawsuit and confusing a federal judge with your misleading claims doesn’t turn disinformation into accurate information. Other federal judges have more accurately found that these same activists and ‘experts’ who are spreading disinformation in Georgia have zero credibility. Did the AJC explore any of those decision as part of their ‘investigation’? Probably not.”