Ga Insurance Commissioner Among Those Deployed in COVID-19 Response

Georgia’s Insurance Commissioner is among those deployed with the National Guard to assist in the coronavirus response. 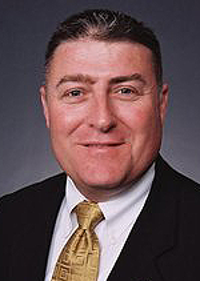 Georgia’s Insurance Commissioner is among those deployed with the National Guard to assist in the coronavirus response.

King, who is a major general in the U.S. Army National Guard, was appointed to serve as Georgia’s Insurance Commissioner in July 2019 after Governor Kemp asked then-Commissioner Jim Beck to step down amid an investigation surrounding a federal indictment and a $2 million fraud scheme. He has been serving in the capacity ever since.

King is no rookie to emergencies, though, having served as a city police chief and in the U.S. military. He has been deployed to Bosnia-Herzegovina, Iraq, and Afghanistan and assisted in operations of military police.

But for now, King’s deployments remain on U.S. soil. The Guard was deployed to New Jersey in March to help set up a medical facility and the New Orleans where a downtown convention center was turned into a 2,000 bed hospital, according to the Atlanta Journal-Constitution.

Any time King is deployed, his deputy commissioners lead the office and keep King in the loop regarding day-to-day operations.

Last week, the Atlanta Journal-Constitution also reported that “state officials were quietly preparing to turn the sprawling Georgia World Congress Center and two other facilities in Macon and Savannah into emergency hospitals to brace for a surge in coronavirus patients.”