“Broadband access has become a dividing line between those twenty-four million rural Americans and the broadband-depended information services urban and suburban Americans take for granted.” 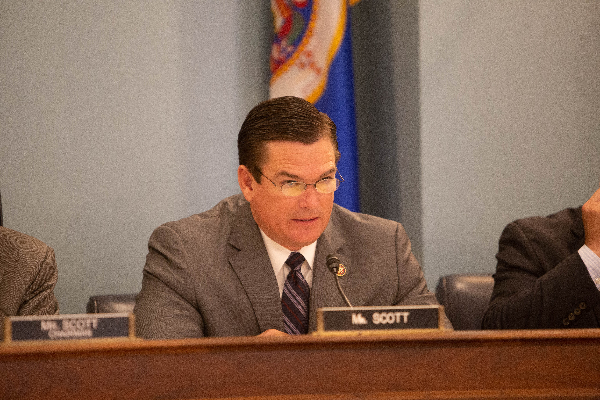 “Broadband access has become a dividing line between those twenty-four million rural Americans and the broadband-depended information services urban and suburban Americans take for granted.”

Georgia Congressman Austin Scott of the 8th Congressional District recently told fellow members of Congress that rural broadband is what divides those in rural areas and those in urban and suburban America.

“Broadband service is required for modern businesses and it is the foundation for economic growth in today’s global markets. From improving education opportunities, to accessing health care, to innovative new farming technology, consistent, high-speed access to the Internet is revolutionizing rural communities. I look forward to this committee continuing to work together to oversee the improvements made to rural broadband in the 2018 Farm Bill and bringing more Americans into the modern economy,” said Subcommittee Ranking Member Scott.

“Rural broadband has been a bipartisan concern among our committee members for years. As we went about writing the 2018 Farm Bill, we took special care to prioritize critical investments in connectivity to those communities that need it most. This farm bill includes requirements to make sure we build projects right the first time, with technology that will last, in the places they are needed,” said Ranking Member Conaway.

Below are Rep. Scott’s opening remarks as prepared:

“Thank you, Chairman Scott, for holding this important hearing on a subject that resonates with all Americans: Rural Broadband.

“And thank you to our distinguished witnesses that are here today to discuss how affordable, reliable, and high-speed broadband can bring our communities into the 21st century.

“More than 24 million Americans who live in rural communities do not have broadband internet access and lack the infrastructure for a reliable and affordable connection.

“As we’ll hear from our witnesses today, having reliable, affordable broadband is not about having modern conveniences, although that’s certainly important for all of us.

“Today, whole conversations happen entirely online, and the only participants are those people who have broadband access. Information of all forms is created, shared, and consumed entirely though a broadband Internet connection.

“The Internet has also enabled new tools which are impossible to replicate in the physical world.

“Big data and artificial intelligence, cloud storage and computing, the Internet of Things and data analytics, telemedicine, and other modern tools simply cannot be replicated without broadband access to the Internet.

“Broadband access has become a dividing line between those 24 million rural Americans and all the modern broadband-dependent information and services most urban and suburban Americans take for granted.

“But, it is not just rural Americans who suffer from this divide.

“Suburban and urban Americans are equally cut off from the voices and talents and ideas of their rural neighbors.

“And this divide makes all of America poorer.

“For me, all options are on the table when it comes to providing our rural communities with the technological resources they need to grow and thrive.

“This includes strengthening effective programs already in place at the USDA and FCC, advocating for robust broadband support in an infrastructure package, and even encouraging innovative technologies like TV White Spaces.

“This Committee did great work last Congress in the 2018 Farm Bill to ensure that USDA has the tools it needs to bridge the digital divide in rural America.

“Included were two of my amendments which addressed accountability measures and expanded RUS loans and grants to Middle Mile Infrastructure projects.

“Quality broadband infrastructure investments will connect rural America to the rest of the world.

“By bridging the digital divide, we will enable access to a wealth of economic opportunities in parts of America which would have otherwise been left behind.”