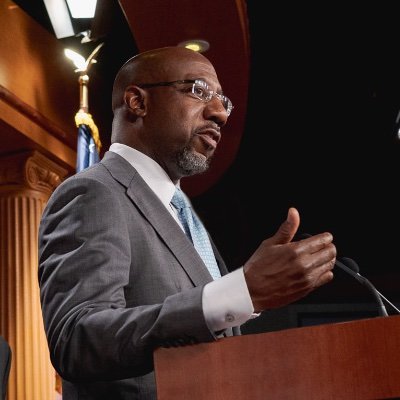 U.S. Senator Reverend Raphael Warnock (D-GA) highlighted passage of his provision in the bipartisan jobs and infrastructure bill that will help connect key Georgia military installations and surrounding base communities, as well as help provide growth and economic opportunities to rural communities from Texas to Georgia. The provision, one of the many legislative victories championed by Senator Warnock in the bipartisan Infrastructure Investment and Jobs Act, was included as an amendment offered by Senator Warnock and Republican Senator Ted Cruz (R-TX). The provision allows for the planned I-14 extension to be designated as a high priority corridor, promoting efforts to connect large swaths of middle and southern Georgia to the interstate highway system—reducing congestion in metro areas, facilitating shipping, and easing mobility for residents.

“The infrastructure bill is about creating jobs and boosting our economy. Designating I-14 as a high priority corridor is a step towards connecting key base communities from Columbus to Middle Georgia to Augusta, helping reduce congestion and strengthening our economy by linking emerging technology markets throughout our state. This bipartisan legislation is a win for Georgia’s economy and military installations,” said Senator Reverend Warnock. “When you think of the areas that I-14 will connect, these are all areas that have been forgotten or neglected by some for far too long, and I’m committed to do everything I can to spur economic growth in every corner of our state.”

The planned 1-14 will connect key military bases and rural communities across the state, including Fort Benning, Robins Air Force Base, Marine Corps Logistics Base-Albany, and Fort Gordon. Between investments being made in robotics and cyber technology in Columbus, 5G innovation in Albany, software technology and robotics in Warner Robins, and cybersecurity advancements in Augusta, promoting efforts to make the route along the proposed I-14 in Georgia a federal highway will facilitate easy movement between these areas, which is instrumental to strengthening Georgia’s growing workforce and economy, and national security.

Republican Senator Ted Cruz originally offered the proposal as an amendment during a Senate Commerce Committee mark up of the Surface Transportation Investment Act of 2021. When the amendment did not move forward, Senator Warnock, a member of the committee, offered to work with Senator Cruz on legislation to designate the planned I-14 as a high priority corridor. Together, they introduced legislation (S. 2611) and worked to include the proposal in the bipartisan infrastructure bill as an amendment, where its approval was praised in the Senate chamber after receiving unanimous support. Earlier, Senator Warnock voted in favor of the bipartisan Infrastructure Investment and Jobs Act that passed 69-30 in the Senate.

Read more on the legislation HERE.