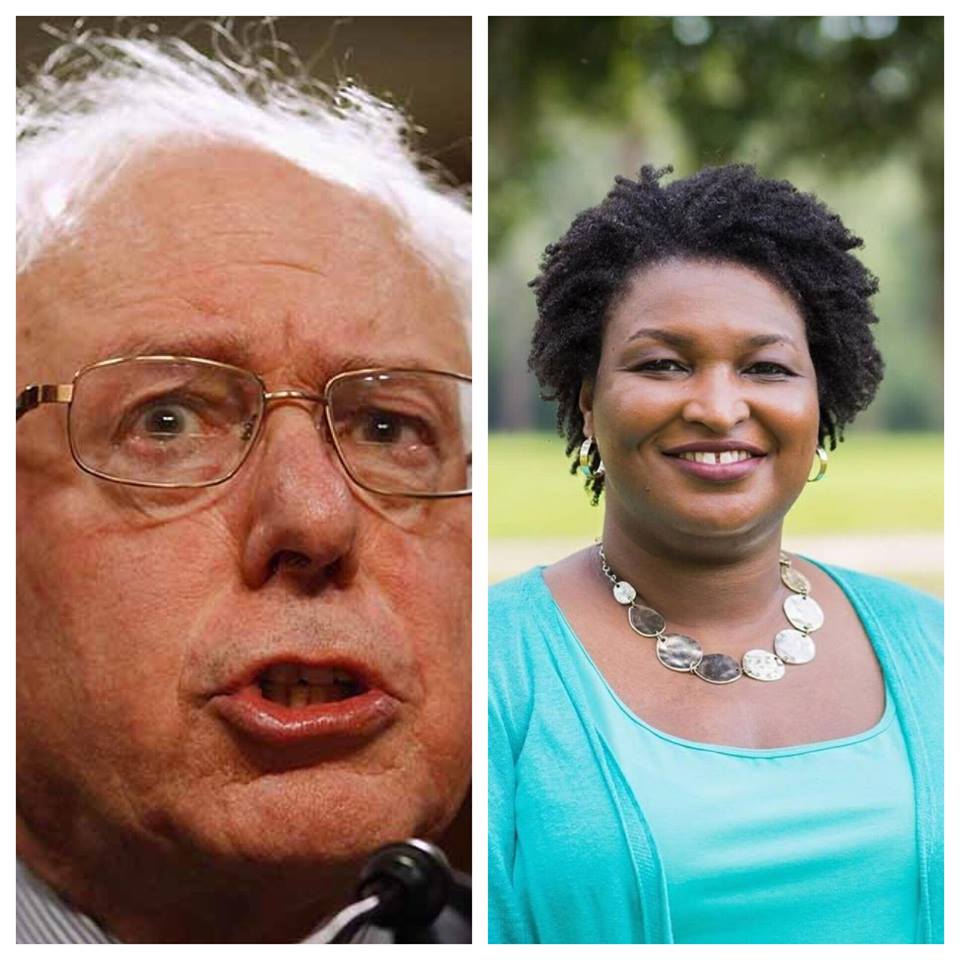 The announcement came by press release on Thursday. Sanders is quoted as saying:

“Stacey Abrams is the only candidate for governor of Georgia who has real solutions that will help the lives of working people in Georgia. She will make access to universal Pre-K a reality for Georgia’s children, raise the minimum wage, that currently at $5.15 an hour keeps families trapped in poverty, eliminate cash bail, and make sure people can participate in their government by introducing automatic voter registration. This is an agenda the working people of Georgia can stand proudly behind.”

Sanders is a well-known progressive Democrat who made waves and garnered heavy support from millennials during the 2016 primary race against Hillary Clinton. Both he and Abrams are advocating for a higher minimum wage.

Abrams, who is a former State Representative, will face former colleague Stacey Evans on May 22. Both served in the State House and resigned from their seats to run for Governor.