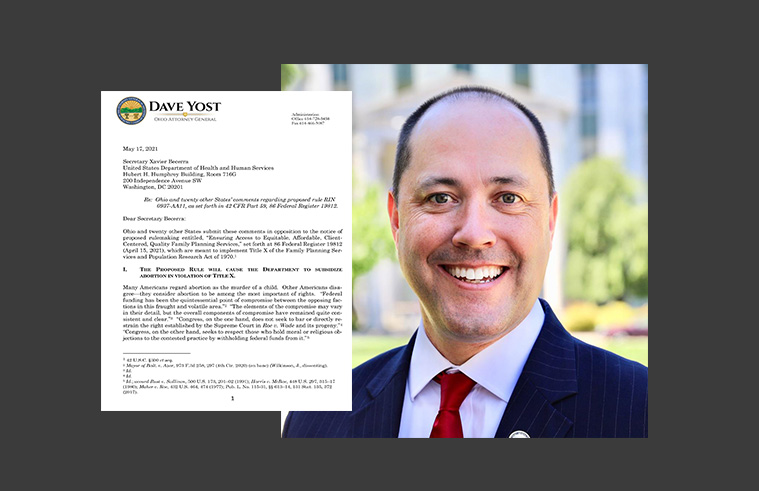 Attorney General Chris Carr says he has joined a group of 20 other attorneys general in demanding the U.S. Dept. of Health and Human Services decline to adopt a proposed regulation that would illegally fund abortion:

Title X — a federal law that funds family-planning services — expressly prohibits its funds from being used to support elective abortions. But in April, HHS proposed to overturn a rule put in place by the previous administration that ensured robust enforcement of this legal requirement. The existing rule, issued in 2019, requires federally funded Title X family planning clinics to be physically and financially independent from abortion clinics.  In place of that rule, HHS is proposing a new rule that would allow the commingling of funds and undercut the purpose of the Title X law.

Earlier this year, 18 states joined a motion led by Ohio and filed in the U.S. Supreme Court to defend the 2019 rules and protect funding limitations that Congress imposed when it enacted Title X. The Supreme Court today dismissed that lawsuit, in anticipation of HHS considering comments on its proposed rule.