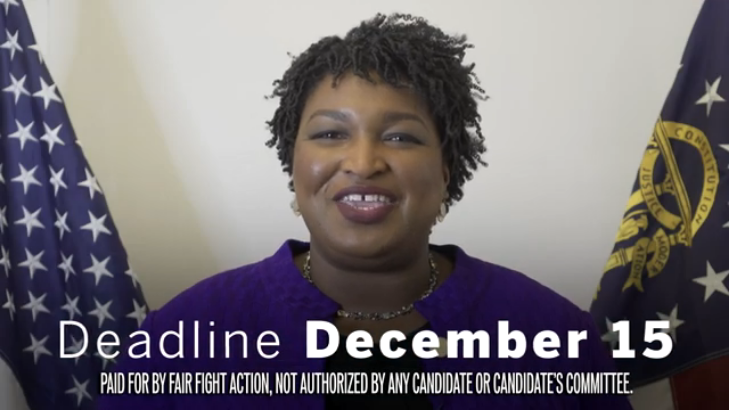 Televisions ads featuring Abrams are airing across the state, and digital ads linking to healthcare.gov are being served to Georgians online. Notably, in addition to English-language ads, the ad campaign is also targeting Spanish-speaking populations, running captioned ads on Spanish television and Spanish-language digital ads, to ensure that Georgians who are traditionally left out of such outreach efforts are being engaged.

The television ad can be found here.

From  the press release:

“The Affordable Care Act is one of our country’s signature modern achievements, expanding access to health care for countless Georgians. While President Trump and Republican leaders have dramatically cut funding for outreach and education efforts around the deadline to enroll for care, those of us who believe in expanded access must use our platforms to engage those communities who need this information the most. I have been a leader in Georgians’ fight for affordable, accessible health care for all, and I will continue to advocate for access to care until every Georgian in every family and every community is covered,” said Fair Fight Founder and Chair Stacey Abrams.

Fair Fight Action’s ads featuring Stacey Abrams will run through the end of the day on December 15th, when Open Enrollment closes.