The concealed drug lab they operated exploded in July 2013 and burned for two days. 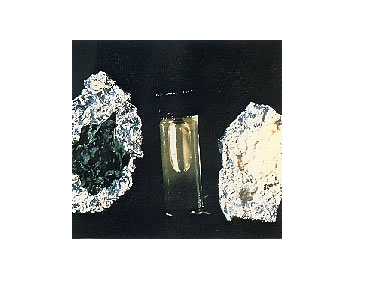 Coleman Warnock and Adrian Banks have been sentenced to federal prison for conspiring to manufacture and possess phencyclidine, a psychedelic controlled substance commonly known as “PCP” and “angel dust,” with intent to distribute. The concealed drug lab they operated in Fulton County exploded in July 2013, and burned for two days.

“The clandestine PCP manufacturing site in South Fulton County was one of the largest ever discovered on the east coast,” said DEA Atlanta Division Special Agent in Charge Robert J. Murphy. “When these defendants chose to manufacture PCP, the subsequent explosion and fire proved to be a recipe for disaster. Not only was the structure burned to the ground, but surrounding neighbors were put at risk and were inconvenienced for several days as public safety and law enforcement officials worked tirelessly to snuff out the two-day burning fire. Because of the collective efforts between DEA, its local, state and federal law enforcement counterparts and the U.S. Attorney’s Office, these defendants will spend well-deserved time in prison.”

“Their clandestine laboratory put an entire community at risk through their illicit enterprise,” said U.S. Attorney Byung J. “BJay” Pak. “That risk became reality when the chemicals they were using to produce the poison exploded, causing an inferno that lasted for two days. The fire that destroyed the home could have injured neighbors nearby, but thankfully, it did not. Nor did it destroy the evidence that landed these two long federal sentences.”

Warnock, a multi-convicted felon whose criminal history stretches back to the early 1990s, and Banks, a convicted drug trafficker, conspired to manufacture large quantities of PCP in the basement of a Fairburn, Ga., home.

On July 6, 2013, while Warnock and Banks were working in the laboratory, some of the chemicals ignited and caused the laboratory to catch fire. Over the next two days, the home that concealed the lab burned to the ground. Investigators who responded to the scene of the fire recovered numerous barrels and canisters of chemicals, as well as protective equipment such as suits, gloves and respiratory masks.

Based on the quantity of chemicals recovered by law enforcement, DEA determined that the illicit lab was one of the largest in the country. DNA taken from some of the protective equipment matched the DNA of Warnock and Banks.

The co-conspirators sentenced by U.S. District Judge Amy Totenberg are: