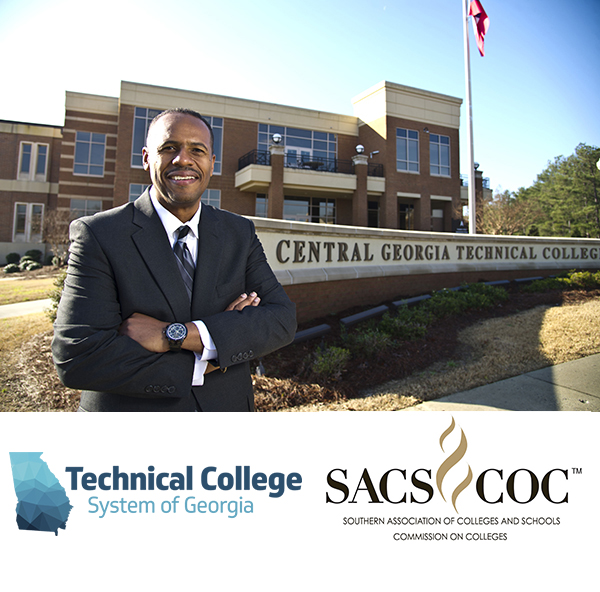 The Technical College System of Georgia has announced that Central Georgia Tech’s president, Dr. Ivan H. Allen, has been elected to serve as the Chairman of the Southern Association of Colleges and Schools Commission on Colleges (SACSCOC) Board of Trustees.

Dr. Allen was elected by the members of the Board of Trustees at the SACSCOC annual meeting in December 2020. With his election, Dr. Allen became the first college president from the state of Georgia to serve as SACSCOC board chair since 1999, when former University of Georgia president, Dr. Michael Adams, was elected to serve. Additionally, Dr. Allen became the first African American two-year college president to serve in this role in the 125-year history of the Commission.

“The selection of Dr. Allen to serve as Chairman of the SACSCOC Board of Trustees is a testament to his expertise and tremendous leadership in postsecondary education,” said Technical College System of Georgia Commissioner, Greg Dozier. “Dr. Allen continues to be one of Georgia’s most respected college presidents and I know he will do a fantastic job as Chairman. This honor is well deserved.”

Dr. Allen has served as a member of the board since 2017. During this time, he has served on the Committee on Compliance and Reports and the Investment Committee. In 2019, he served as vice chair of the Executive Council, which is the thirteen-member executive arm of the Board of Trustees.

SACSCOC serves as the recognized institutional accrediting body for degree-granting institutions of higher education in the 11 southeastern states (Alabama, Florida, Georgia, Kentucky, Louisiana, Mississippi, North Carolina, South Carolina, Tennessee, Texas, and Virginia). The elected Board of Trustees, which Dr. Allen now chairs, represents over 750 higher education institutions and is responsible for determining SACSCOC policy and for reviewing and making decisions regarding the accreditation of institutions.