The nation’s first smart city – which happens to be in Georgia -– recently unveiled the city’s new solar roadway system which produces energy for a solar-powered EV charging station located at city hall. 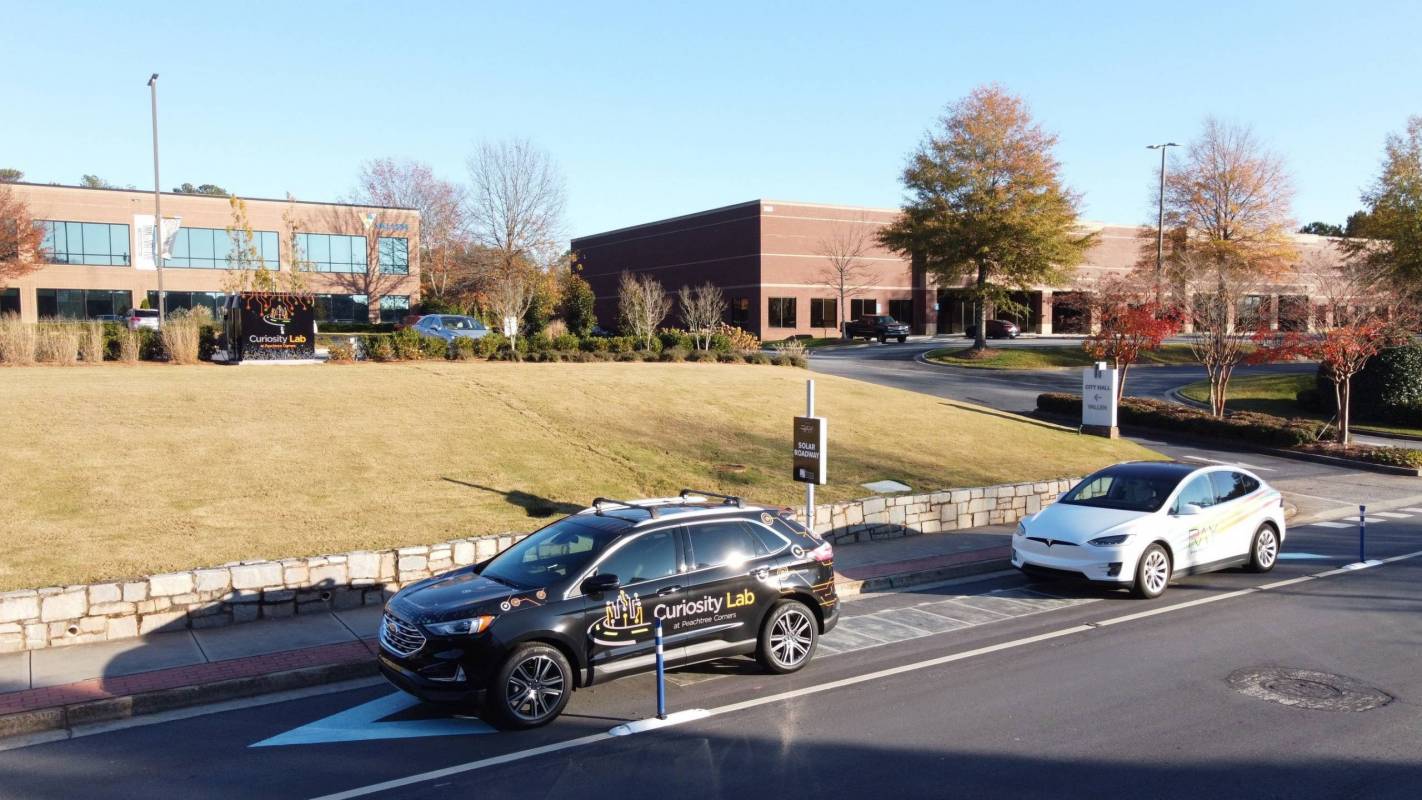 “As further reinforcement of Peachtree Corners’ leadership in introducing and developing the latest technologies in a real-world environment, we’re excited to have been working with The Ray to install the country’s first road surface solar panels manufactured by Wattway, within our one-of-a-kind autonomous vehicle lane,” said Brandon Branham, chief technology officer and assistant city manager of Peachtree Corners. “While this new form of 100-percent green, renewable energy will begin with supplying power to an EV charging station, our vision is to begin to power more existing infrastructure across the city, off-grid. We look forward to installing more panels throughout, which may include sidewalks, bike lanes and many more surfaces.”

“We are thrilled to be installing a solar road for the first time in an American city,” said Harriet Anderson Langford, founder and president of The Ray. “Our entire organization, with the help of key corporate partners, is dedicated to advancing the future of transportation infrastructure around the world. We have had lots of success using roadways, as well as unused interstate right-of-way, to generate massive amounts of electricity for EVs. Proving this technology in an environment like Peachtree Corners helps us further demonstrate its effectiveness while moving us toward implementation on a larger scale.”

The Ray was a 2018 Finalist for the Fast Company “World Changing Ideas Award,” and was featured on The Weather Channel as one of “Ten Best Ways to Save the Planet!”