The Peach State has the highest number of high-hazard dams, a status which means that the dams’ failure could result deaths of a number of area residents and current operations pose a threat to thousands. 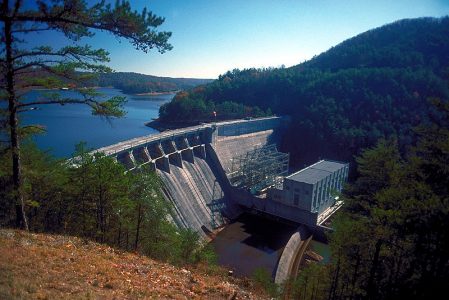 The Peach State has the highest number of high-hazard dams, a status which means that the dams’ failure could result deaths of a number of area residents and current operations pose a threat to thousands.

The statistic was released as part of a study conducted by the Associated Press last week, which analyzed 44 different states and Puerto Rico over a period of two years. Six states did not release information, citing records laws that keep some documents from the public.

The report marked dams in four categories: unsatisfactory, poor, fair, or satisfactory, but comparing states against each other is no simple feat. Factors like leaks, erosion, animal impacts, tree growth, and spillage are all baseline markers which alter the conditions before even considering rainfall.

1,688 dams in all were classified as “high-hazard” across the country, which means the dams fell into either the ‘unsatisfactory’ or ‘poor’ categories. 200 of those high-hazard dams are located in Georgia, the highest of any other state studied.

The Associated Press has an interactive ‘neglected dam’ map here.

But it isn’t just rural south Georgia. the problems is all over the peach state. The Associated Press said in their article:

Among them is Reservoir No. 1 in Atlanta, a 180 million-gallon water supply dating to the late 1800s that has been out of service much of the past few decades. The city made repairs and brought it back online in 2017, only to shut it down again after leaks were noticed.

If the dam were to catastrophically fail, the water could inundate more than 1,000 homes, dozens of businesses, a railroad and a portion of Interstate 75, according to an emergency action plan .

It won’t be an easy – or cheap – fix, though. The Associated Press reported, citing the Association of State Dam Safety Officials, that bringing all of the dams up – which total more than 90,000 across the country – to acceptable levels would cost more than $70 billion and several years. On top of that, state governments often lack the human capital to do the work to repair the dams and even when they do, they may not have the authority – because of local government control or federal restrictions.

You can see the full report here.