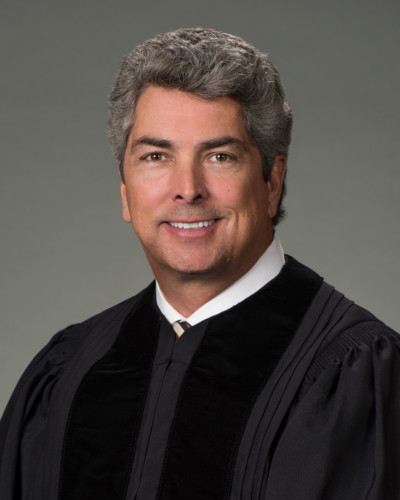 The Honorable Michael P. Boggs will be sworn in as the new Chief Justice of the Supreme Court of Georgia on Monday, July 18, at the State Capitol.

The Investiture Ceremony will take place at 10 a.m. (Eastern) in the House Chamber and will be live-streamed on the Court’s website at https://www.gasupreme.us/.

The Honorable Nels S.D. Peterson also will be sworn in as the new Presiding Justice. Outgoing Chief Justice David E. Nahmias will swear in both Justices, who were unanimously selected by their colleagues in March 2022.

Incoming Chief Justice Boggs’s father-in-law, Virgil M. Haynes, will give the invocation, and former Chief Justice Harold D. Melton, now with the law firm of Troutman Pepper in Atlanta, will give introductory remarks. A number of dignitaries are expected to be in attendance, including the sitting Supreme Court Justices, some former Chief Justices, current Georgia Court of Appeals Judges, several other state and federal judges, and University System of Georgia Chancellor and former Governor Sonny Perdue.

The Chief Justice, who serves a four-year term, leads Georgia’s judicial branch. The Chief Justice is the spokesperson for the Supreme Court, as well as for the entire state judiciary. He presides over the Court’s oral arguments and the Court’s deliberation of cases, although he has only one vote as does each of the eight other Justices.

The Chief Justice also chairs the Judicial Council of Georgia, the policy-making body for the judicial branch that includes the State Bar President and 26 judges who represent the appellate courts and all classes of trial courts in the state. The Presiding Justice serves in the Chief Justice’s absence and is the vice-chair of the Judicial Council.