After 24 weeks of intense training, 7 new MCCD officers will report to inspection stations throughout the state. 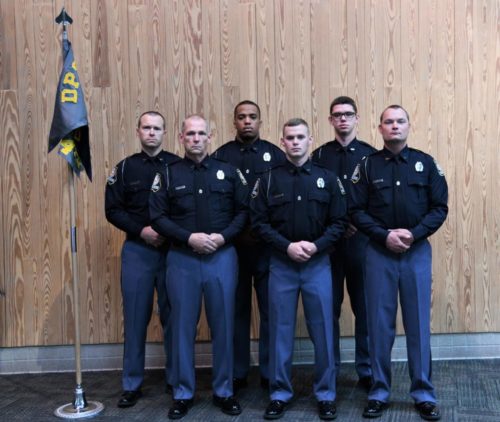 The Motor Carrier Compliance Division graduated its 4th Motor Carrier Officer School on Thursday, Oct. 10, at the Georgia Public Safety Training Center in Forsyth. After 24 weeks of intense training, 7 new MCCD officers will report to inspection stations throughout the state.  Colonel Mark W. McDonough, Commissioner of the Department of Public Safety gave the graduation address and the Oath of Office.  Additional remarks were given by Lt. Kristopher Bowen, MCCD Training Coordinator.

During his remarks, Class President Jarrett Rivers reminded his fellow classmates that alt

Five of the graduates received special honors for top performance in the following areas:

Additionally, MCO Kedzierski, received a $1,000 scholarship towards a bachelor’s degree in Criminal Justice from Reinhardt University.

The new graduates are assigned to one of the 10 regions throughout the state.