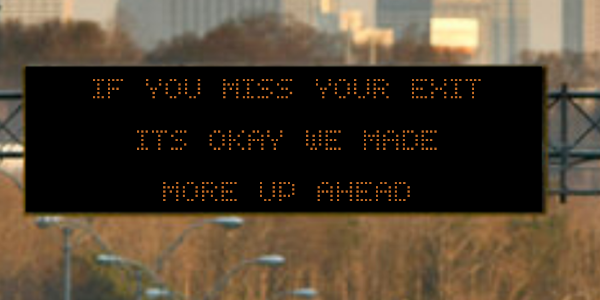 The Georgia Department of Transportation (GDOT) recently announced the winners of its safety message competition. The competition, which was held recently and promoted via social media, invited the public to suggest postings urging safe driving behavior for the Georgia DOT’s digital changeable message signs (CMS) located on major highways throughout the state.

The signs, which are used primarily to alert motorists to crashes or lane closures, often carry safety reminders in the absence of more urgent messaging. Contest judges considered hundreds of submissions in five categories: general safety, distracted driving, impaired driving, seatbelt use, and work zone safety. Some of the submissions from entrants were intended for seasonal use; most can be used year-round. The winning contributors have been contacted by GDOT, and winners may see their messages on the boards beginning Thursday, January 16.

GDOT thanks all those who contributed to the contest, and reminds all who entered the contest that even though their messages weren’t selected as winners, they may still appear on CMS boards throughout Georgia later in the year.

Below are the winning entries:

Impaired Driving (many of the messages submitted were seasonal and can be used during the holidays):