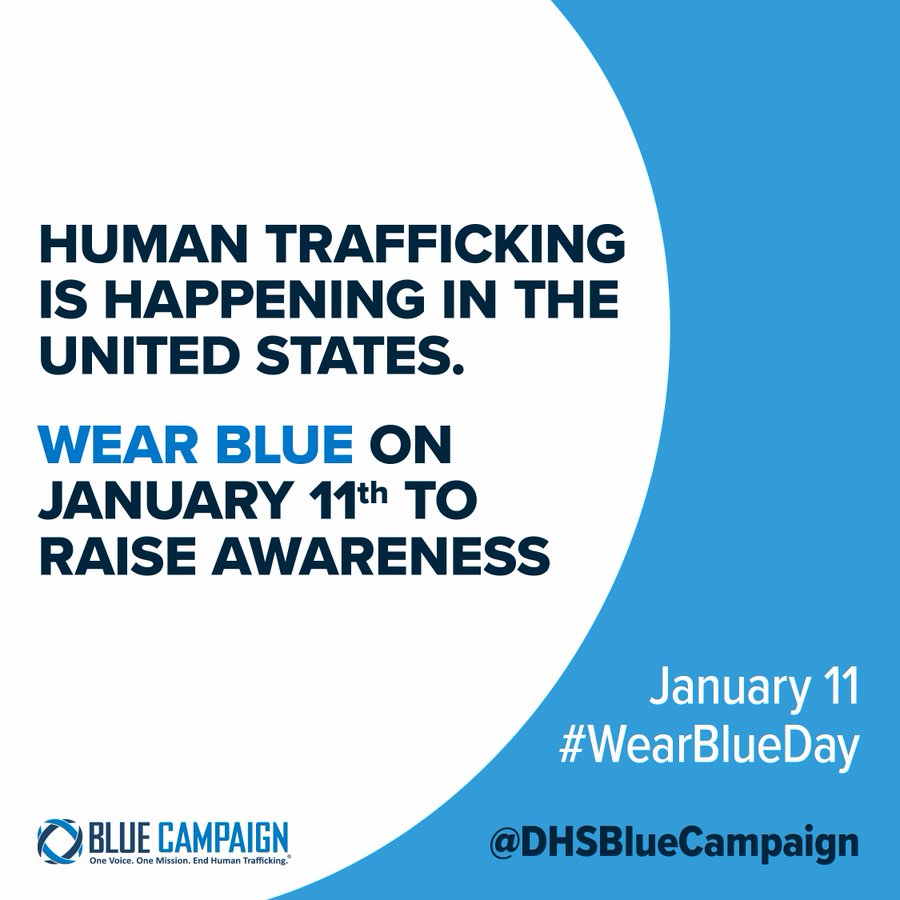 Attorney General Chris Carr is encouraging all Georgians to join in recognizing this January as Human Trafficking Awareness Month.

Throughout the month, the Office of the Attorney General will share information and resources to help support victims and to ultimately raise awareness of the state’s ongoing efforts to combat human trafficking in Georgia.

“Our Human Trafficking Prosecution Unit works vigorously to rescue victims and put buyers and traffickers behind bars,” said Carr. “Our efforts are further strengthened by the support provided by the Governor, First Lady and members of our Georgia General Assembly, and we value these partnerships. We would encourage all Georgians to take this month to learn more about human trafficking and what you can do to help end this criminal industry here in Georgia.”

Though the number of partners is too extensive to list, the Office of the Attorney General would like to recognize the following for their valued support:

Individuals who have been convicted of a criminal offense while being trafficked or as a result of being trafficked may petition for vacatur or record restriction. These remedies are intended to remove barriers to employment, housing and other opportunities, and hopefully help to heal the trauma experienced by sex and labor trafficking victims. The forms needed to complete the petition are provided by the Office of the Attorney General and can be found here.

For a comprehensive overview of human trafficking, Georgians should consider taking part in the First Lady’s Human Trafficking Awareness Training(see video below). Members of the public are also encouraged to familiarize themselves with the red flags of human trafficking.

“Georgians, please join me tomorrow and take part in #WearBlueDay to raise awareness of human trafficking prevention. Learn what you can do to rid our state of this evil practice and help us end #humantrafficking.” 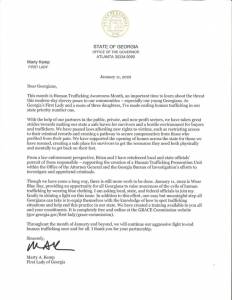