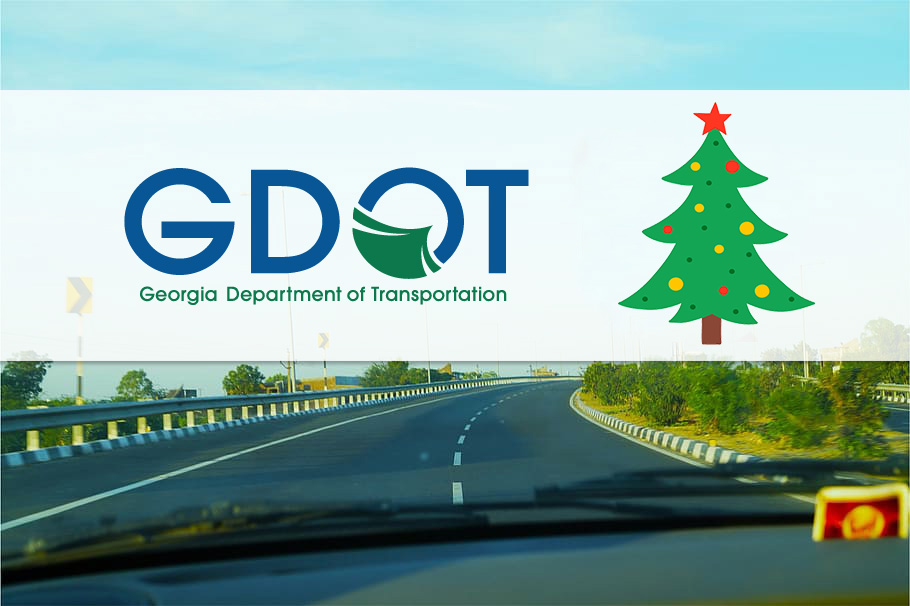 While construction related lane closures will be suspended, Georgia DOT reminds travelers to exercise caution as crews may still work near highways, and safety concerns may require some long-term lane closures to remain in place. In addition, incident management, emergency or maintenance-related lane closures could become necessary at any time on any route. 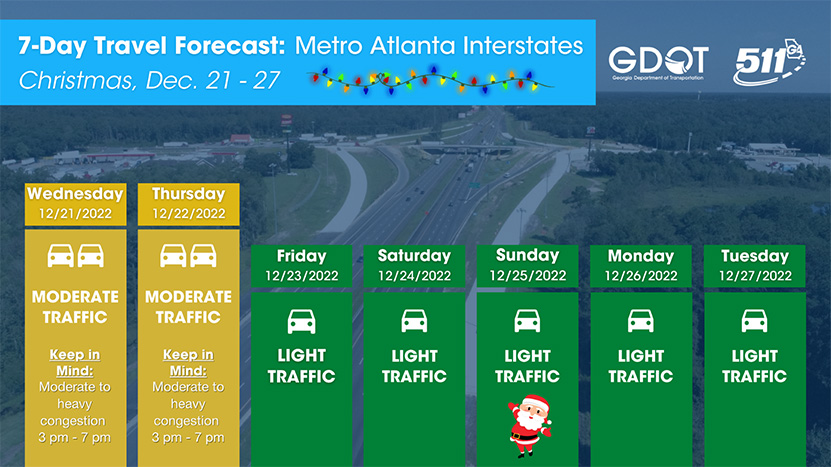 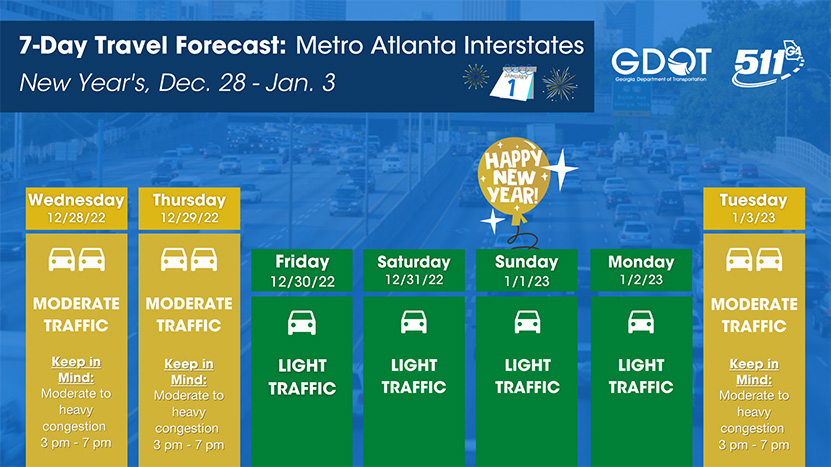 Historical Christmas and New Year’s travel data for major interstates outside of metro Atlanta have shown the following trends:

Below are the schedule changes for the Northwest Corridor and the South Metro Express Lanes for both the Christmas and New Year’s holiday weekends. Changes are noted in either green or blue text. 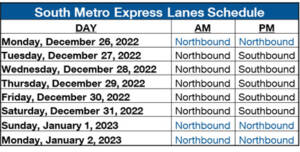 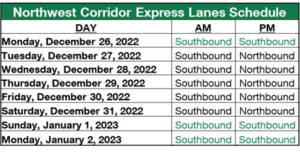