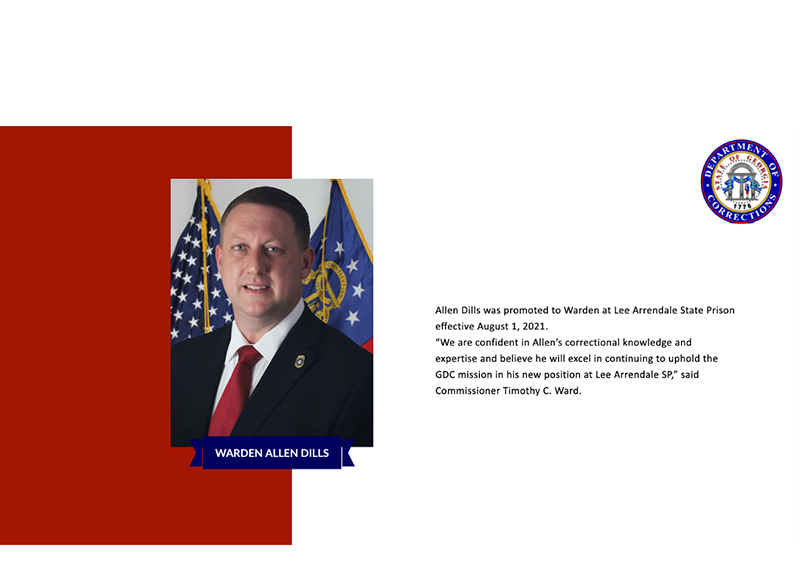 The Georgia Department of Corrections (GDC) Commissioner Timothy C. Ward announced the promotion of Allen Dills to Warden at Lee Arrendale State Prison (SP), effective August 1, 2021, following the retirement of his predecessor, Murray Tatum. As Warden, Dills will be responsible for overseeing approximately 350 staff members and 1,200 special-mission female offenders at the facility.

“Dills has demonstrated exceptional leadership qualities throughout his tenure with the GDC,” said Commissioner Timothy C. Ward. “We are confident in his correctional knowledge and expertise and believe he will excel in continuing to uphold the GDC mission in his new position at Lee Arrendale SP.”