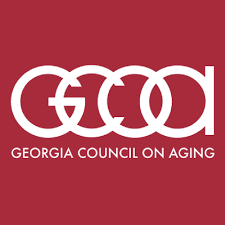 Department of Human Services Commissioner Gerlda B. Hines announced the appointment of Lena Richardson to the Georgia Council on Aging today.

Richardson has more than 45 years of experience working with the Veterans Administration Healthcare System. She will draw on this experience as she serves a two-year term on the Council that will end August 1, 2023.

“Lena has shown her commitment to making Georgia a better place for our seniors through her work with the Veterans Administration and the Area Agency on Aging in the Central Savannah River Area,” Hines said. “I look forward to her work with the Georgia Council on Aging to promote programs and services that improve the quality of life for older Georgians.”

Lena Richardson is a retired licensed clinical social worker (LCSW) and is nationally credentialed with the prestigious title of Academy of Certified Social Workers (ACSW) from the National Association of Social Workers. She has a Bachelor of Social Work degree from Benedict College in Columbia, South Carolina, and a Master’s in Social Work from Smith College School of Social Work in North Hampton, Massachusetts. Lena has more than 45 years of clinical, supervisory and executive experience with the Veterans Administration Healthcare System and its affiliated organizations in Florida, Alabama, New Jersey, Tennessee, Connecticut and Georgia. She advanced from a clinical social worker/case manager for 200 outpatients and their families to director of social work services managing 55 employees, chief of social work services and finally to executive for geriatrics and rehabilitative services. Her areas of excellence are geriatrics, rehabilitation services, community long-term care and mental health.