Guilty plea ensures sentence of up to 30 years in prison 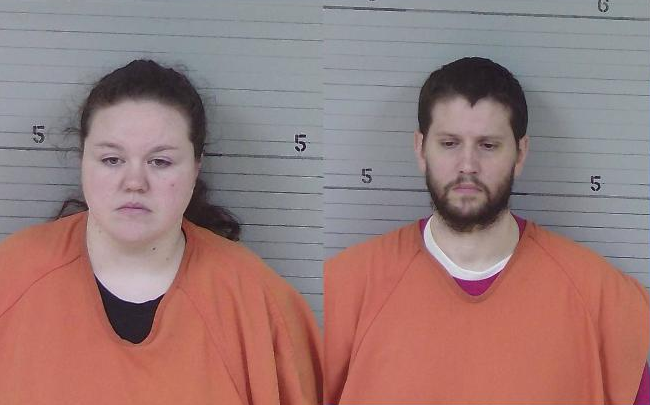 Guilty plea ensures sentence of up to 30 years in prison

A couple who admitted producing and sharing child pornography during a plot to sexually exploit an 8-year-old girl pled guilty to federal charges.

Charles Brandon Powell, 33, of Hephzibah, and Carrie Marie Minton, 25, of Cordoba, S.C., pled guilty Monday, July 8, to one count of Production of Child Pornography in U.S. District Court before Chief Judge J. Randall Hall, said Bobby L. Christine, U.S. Attorney for the Southern District of Georgia. The charge carries a minimum sentence of 15 years in prison and a maximum of 30 years, followed by supervised release of five years to life. There is no parole in the federal system.

“The facts of this case are sickening and disturbing, revealing a cesspool of cooperative depravity,” said Christine. “Quick action from our federal and state law enforcement partners halted this scheme in the early stages, thankfully sparing further exploitation of two innocent children.”

As described in court documents and testimony, Powell and Minton, identified as a couple, held online discussions to plan a sexual encounter with an 8-year-old girl whom Minton planned to bring to Powell’s Hephzibah home from Neeses, S.C. After Minton sent an explicit photo of another juvenile, a 5-month-old girl, to Powell, the National Center for Missing and Exploited Children alerted authorities, who intervened as the plot was in motion. Powell and Minton were taken into custody without either of the children subjected to further harm.

“This case is an excellent example of how partnerships between the FBI and our state and local law enforcement agencies are essential in protecting our citizens and in particular, children, our most vulnerable citizens,” said Chris Hacker, Special Agent in Charge of the Atlanta FBI. “Keeping our children safe is a top priority for this office and I thank law enforcement for their quick work on this matter.”

After accepting please from Powell and Minton, Judge Hall remanded them to federal custody until a sentencing hearing is held. Both are in custody in the Jefferson County Jail.

The case is being investigated by the FBI, the Georgia Bureau of Investigation (GBI) and the South Carolina Office of the Attorney General. Assistant U.S. Attorney Tara Lyons is prosecuting the case for the United States.