In total, the GBI paid over $60,000 for more than 325 unauthorized purchases made by Stevens on at least six GBI P-Cards. She has been sentenced for her crime. 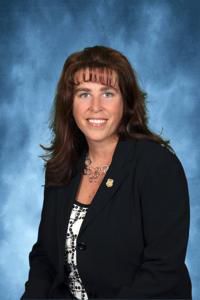 A former inspector with the Georgia Bureau of Investigation has been sentenced after previously pleading guilty this year.

Sandra J. Stevens, formerly known as Sandra J. Putnam, was sentenced for making more than 325 personal charges totaling over $60,000 on government credit cards when she was a high-ranking member of the Georgia Bureau of Investigation (GBI). Stevens was convicted on January 3, 2019, after she pleaded guilty to mail fraud.

She will serve one year and one day in prison before serving another two years on supervised release.

“No member of law enforcement is above the law,” U.S. Attorney Byung J. “BJay” Pak said in a press release.  “Stevens traded the years of distinguished service and trust that she built as an agent for personal gain.  Citizens must have confidence in the integrity of those entrusted with law enforcement power.”

“It is imperative sworn officers obey the law while they enforce the law. This sentence sends a clear message that public corruption will not be tolerated and the violators, no matter who they are, will be held accountable,” Vic Reynolds, Director, Georgia Bureau of Investigation, said in a press release.

This case was investigated by the Georgia Bureau of Investigation, with assistance from the U.S. Postal Inspection Service. Assistant U.S. Attorneys Jeffrey W. Davis, Chief of the Public Integrity and Special Matters Section, and Jolee Porter prosecuted the case.

Background on the case according to the Department of Justice:

According to U.S. Attorney Pak, the indictment, and other information presented in court: the GBI is a statewide agency that provides assistance to the criminal justice system in the areas of criminal investigations, forensic laboratory services, and computerized criminal justice information.

In October 1994, Stevens joined the GBI as an Intelligence Technician.  On June 3, 1999, after becoming a Special Agent, Stevens took an oath of office to support and defend the Constitutions of the United States and the State of Georgia; to maintain public trust and abide by the GBI’s Code of Ethics; and to obey the laws of the land and the regulations of the GBI.

As a Special Agent with the GBI, Stevens held several prestigious and high-ranking leadership positions, including being the Special Agent in Charge of the Child Exploitation and Computer Crimes Unit, where she supervised approximately 25 GBI employees; and an Inspector of the Investigative Division, where Stevens supervised approximately 55 GBI employees. As the Inspector of the Investigative Division, Stevens earned more than $100,000 per year.

As a state agency, the GBI participates in Georgia’s Visa Purchasing Card (“P-Card”) Program.  P-Cards are credit cards provided to Georgia employees for official business purchases, such as supplies, materials, equipment, and services for official use. State policy expressly prohibits using P-Card for personal purchases.  P-Card users are required to reconcile all purchases by electronically uploading receipts for each P-Card transaction.

In 1998, the GBI issued Stevens a P-Card for business-related purchases and expenses. As P-Card holder, Stevens signed an agreement stating that “under no circumstances will [she] use the Purchasing Card to make personal purchases, either for [her]self or for others.”

Stevens also submitted altered receipts to the GBI in which she changed the description of the items purchased, the addresses to which the items were shipped, or both the item description and the shipping address. For example, on May 27, 2016, Stevens used another GBI employee’s P-Card to order a $930.12 sofa from Amazon.com that was delivered to her home in Covington, Georgia. Subsequently, Stevens submitted a false receipt to the GBI in which she misrepresented the item description as 12 anti-spyware software discs, rather than a sofa, and misrepresented the shipping address as the GBI’s Headquarters in Decatur, Georgia, rather than her home address.

In total, the GBI paid over $60,000 for more than 325 unauthorized purchases made by Stevens on at least six GBI P-Cards. As a result of Stevens’s scheme to defraud, federal money from the U.S. Department of Justice and U.S. Department of Homeland Security grants was impacted.