A convicted murderer serving a life sentence was convicted of leading a major drug trafficking conspiracy from inside a Georgia state prison. 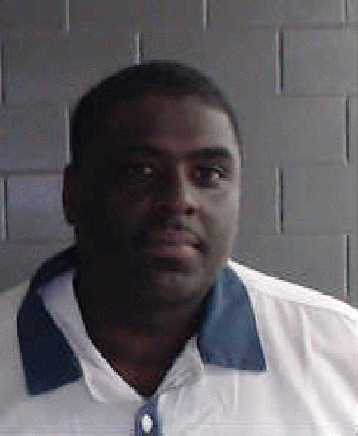 A convicted murderer serving a life sentence was convicted of leading a major drug trafficking conspiracy from inside a Georgia state prison.

Allen, while incarcerated at Autry State Prison for a 2006 murder conviction, used smuggled contraband phones to direct Jenkins and other members of the extensive drug trafficking conspiracy that imported marijuana and cocaine from California into Atlanta and throughout the Savannah area.

“This hard-fought conviction represents a major step in the continued prosecution of ruthless drug traffickers and gang members who reached from coast to coast in distributing their poison,” said U.S. Attorney Christine. “Thanks to the coordinated efforts of law enforcement agencies, however, these traffickers have hit a dead end in the Southern District of Georgia.”

Allen, a leader in the Gangster Disciples street gang, was one of 22 defendants indicted in August 2017 in Operation Five Hole, a multi-agency investigation targeting the drug trafficking organization that hid cash proceeds from drug sales in cotton candy machines for shipment by U.S. Mail and in vehicles with hidden compartments. The operation netted the seizure of pounds of marijuana and kilos of cocaine, along with nearly $400,000 in cash and multiple firearms.

“Not even prison bars could keep this defendant from continuing to commit crimes that threaten our citizens’ safety,” said Chris Hacker, Special Agent in Charge of FBI Atlanta. “Even while in prison Allen directed his fellow conspirators to prey upon the good people of our communities. The FBI is dedicated to ending their reign of terror no matter where they are.”

“Eugene ‘Poncho’ Allen poisoned and terrorized our community when he lived here and managed to continue to do the same from behind bars,” said Chatham-Savannah Counter Narcotics Team Director Everett Ragan. “Thankfully, his time has finally come to an end. This case should serve as a reminder that no one is above the law or too big to be stopped.”