Since October 2018, federal, state and local agencies have seized more than a ton of cocaine being transported through the Port of Savannah. 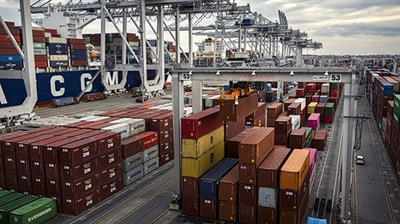 Renewed action to scrutinize shipments into the growing Port of Savannah have led to significant recent drug seizures, including two arrests and more than 20 kilos of cocaine seized in a weekend raid at an Augusta warehouse.

Agents from the U.S. Drug Enforcement Administration (DEA), in conjunction with Homeland Security Investigations (HSI) and the Richmond County Sheriff’s Office, with assistance from the Augusta Fire Department, seized packages containing 21.3 kilos of cocaine while serving a federal search warrant at an Augusta warehouse holding a shipping container that had been transported from the Port of Savannah. Pujols and Ramos were taken into custody.

The seizure highlights a resurgence of investigative activity at the Port of Savannah with assistance from Homeland Security Investigations (HSI), U.S. Customs and Border Protection (CBP) and Georgia Ports Authority Police, along with the U.S. Attorney’s Office for the Southern District of Georgia.

Since October 2018, federal, state and local agencies have seized more than a ton of cocaine being transported through the Port of Savannah. Including recent activity, agents have seized 1,325 kilos of cocaine with a conservative street value of more than $53 million.

“The nation’s major investment in the Port of Savannah has deepened the channel while broadening the intensity of law enforcement scrutiny at the facility,” said Bobby L. Christine, U.S. Attorney for the Southern District of Georgia. “With our federal, state and local partners, we have renewed and strengthened our resolve to prevent the gateway to our nation’s commerce from being used as an entry point for illegal drug and human trafficking.”

DEA Quote: Robert J. Murphy, the Special Agent in Charge of the DEA Atlanta Field Division commented, “Drug distribution networks moving their loads by sea, often hide their drugs in cargo containers, as was the case in this investigation. This case is a perfect illustration of the battle DEA and its law enforcement counterparts face when trying to prevent dangerous drugs from entering our country and ultimately hitting the streets of our communities. As a result of DEA’s unwavering commitment to protect communities and through the strength of its law enforcement partnerships, this poison never reached its intended users.”

“Identifying and intercepting transnational drug traffickers is one of Homeland Security Investigations’ highest priorities to protect the public from the serious harm these criminals inflict without any regard for the violence and public health damage they cause,” said Special Agent in Charge of HSI Atlanta Nick S. Annan. ”While transnational criminal organizations continually seek vulnerabilities to U.S. border controls, this case illustrates the excellent interagency coordination that exists between federal, state and local law enforcement partners to identify and stop them at the Port of Savannah.”

“This case exemplifies the commitment of CBP’s partnerships with federal, state and local law enforcement and other key stakeholders to protect the American public,” said Donald F. Yando, Director of Field Operations for the Atlanta Field Office of U.S. Customs and Border Protection.

Richmond County Sheriff Richard Roundtree, who has two investigators assigned to the Augusta DEA Task Force, lauded the DEA/RCSO’s continued partnership. “This operation and associated seizures reinforce our commitment to remove dangerous drugs from the streets of Augusta and elsewhere,” Roundtree said.

A criminal complaint contains only charges. Defendants are presumed innocent unless and until proven guilty.