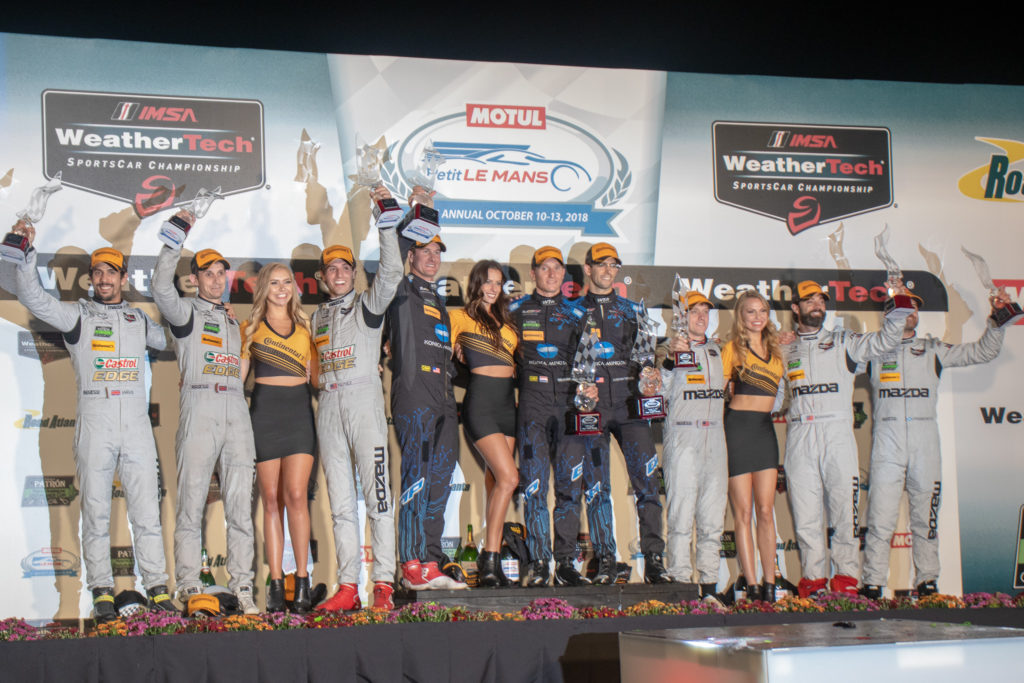 Wayne Taylor Racing has won the 21st running of the Motul Petit Le Mans in a nail biting fashion, after then race leader Filipe Albuquerque  ran out of fuel with only two turn remaining in the race.

Renger van der Zande drove the #10 Konica Minolta Cadillac DPi for a harrowing final stint in the race, as on one occasion he was forced onto grass. The win capped Van Der Zande’s first season driving for Wayne Taylor racing with a win. He was teamed with his full season co- driver Jordan Taylor, and Indy Car champion Ryan Hunter Reay who joined the duo for the longer endurance races this season. Taylor was greeted by his brother Ricky Taylor, who he had previously shared the #10 Cadillac with, before leaving his father’s race team to drive for Roger Penske’s Acura Team Penske.

Mazda Team Joest had a breakthrough performance capturing 2nd and 3rd positions on the podium with their Mazda RT-24P DPis.

The #3 Corvette Claimed the season long GT Le Mans class title despite going of course with only a few hours remaining in the race. The incident required 4 minutes in the garage to repair, and left the #3 Corvette of Jan Magnussen, Antonio Garcia, and Marcel Fassler a lap down. However, despite leading at times, the #67 Ford Performance Chip Ganassi Racing Ford GT was unable to capitalize, as an off course excursion in the closing hour of the race dropped the 67 out of contention.

This year’s running saw the distance record broken, and the race was slowed by full course yellow only 5 times.