Late Contact between the Car of Pipo Derani, RIcky Taylor, allows for Taylor’s Father’s team to claim victory in the Motul Petit Le Mans at Road Atlanta this weekend. 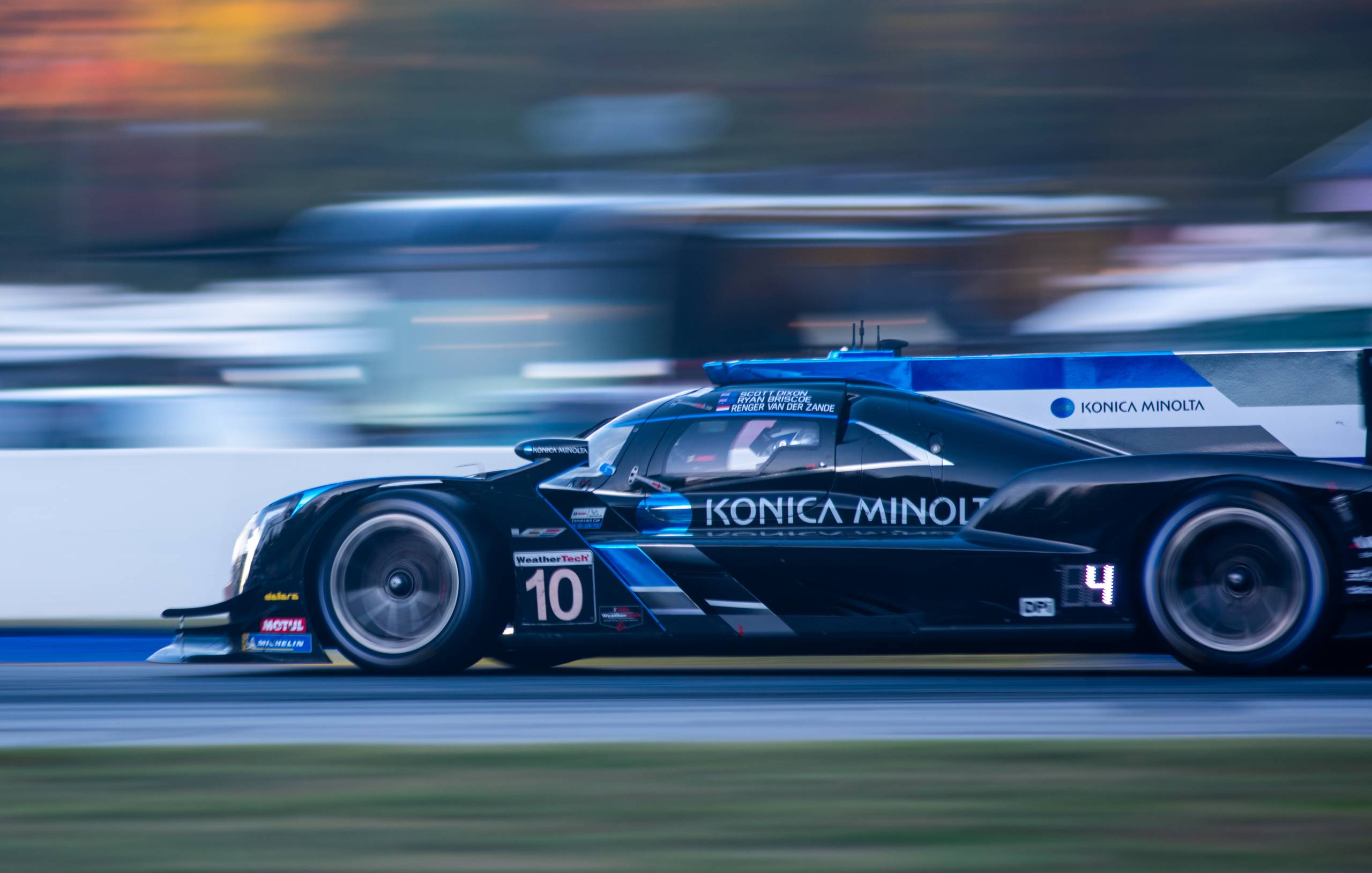 Wayne Taylor Racing’s Ryan Briscoe, Renger van der Zande, and Scott Dixon took a thrilling victory in Saturday’s Motul Petit Le Mans after overcoming electrical issues in the race, and seeing the race leading cars of Ricky Taylor and Pipo Derani collide while battling for the lead in the closing moments of the race.

The Final hour of the race saw a spirited battle between the #7 Penske Acura of Ricky Taylor and the #31 Action Express Cadillac of Derani. With multiple passes for the lead occurring in the final 90 minutes of the race in the dark winding course of Michelin Raceway Road Atlanta.

The Battle between Derani and Taylor came to a head when the two made contact with each other going into the right handed turn 6. The contact resulted in Derani spinning off into the gravel trap and barriers. Deranni’s Whelen Engineering sponsored Cadillac DPi-VR required assistance and sustained damage to the rear wing that required a pit stop. Taylor’s car was able to continue on. Race Control examined the incident, and elected not to penalize either car. This incident allowed the #10 to slip into the lead, having trailed the leading duo by a little more than 10 seconds.

Trouble for Pipo Derani and Ricky Taylor after this bold move near the end of Motul Petit Le Mans! @IMSA // @RoadAtlanta pic.twitter.com/eBqIKQBA1w

Ricky Taylor was able to continue on in the race, allowing his team Penske car he shared with Helio Castroneves and Alexander Rossi to claim second in the race.

The #6 Acura sister car of Dane Cameron, Juan Montoya, and Simon Pagenaud rounded out the overall podium in third place. This came after holding a comfortable lead for the first 5 hours of the race. However, contact with a slower LMP2 car at around the halfway point would cause the Number 6 Acura to drop back to 4th in the final standings. The 31 of Derani was classified as finishing 5th.

Taylor and Derani were seen on TV talking after the race. At points it became heated, as Corvette Racing Driver Jordan Taylor, Brother of Ricky was seen arguing with Derani.

Wayne Taylor Racing’s win was its first since claiming victory in the season opening 24 Hours of Daytona, but it was not without drama, as the team was forced to have the drivers perform “rolling resets” of the car’s electrical systems while still moving on course to clear problems with the Car’s on board computer systems.

The LMP 2 class was won by Tower Motorsports by Starworks Oreca Gibson entry driven by Job Van Uitert, Mikkel Jensen and John Farano. The win came after the PR1 Mathiasen entry led much of the race until the 8th hour when it was forced to retire due to a broken suspension. Performance Tech Motorsports drivers Colin Braun, Matt Bell, and Jim MCGuire finished second, and the Inter Europol Competition entry claimed third in its IMSA debut. 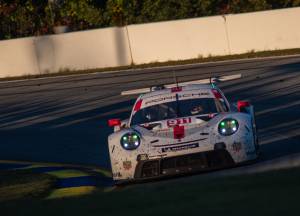 The #911 Porsche broke through for Porsche’s first win of the season in IMSA’s GT Le Mans class. This came after more late race contact, dashed BMW’s hopes after a dominant run. The change in lead occurred with a little over 30 minutes left in the race when Augusto Farfus was forced to bring his Rahal Letterman Lanigan BMW M8 to pit road. Pit service was required after an un-identified prototype forced Farfus into the grass accumulating debris in the radiator.

This incident allowed the no.911 of Fred Makowiecki to claim the lead.  Makowiecki then had to fend off a late charge from the #3 Corvette C8.R of Antonio Garcia. A final caution allowed Farfus to salvage a podium position when the race ending caution for Laurens Vanthoor’s hard crash in the 912 Porsche came out. Vanthoor hit the wall hard in the esses while trying to pass GT Daytona Traffic. 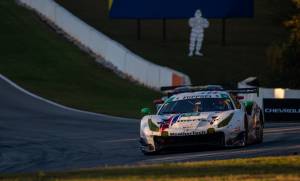 GT Daytona was won by the #63 WeatherTeach Racing Ferrari of Cooper MacNeil, Alessandro Balzan and Jeff Westphal. The win comes after MacNeil completed much of his drive time during the opening hours of the race, before turning the car over to Balzan and Westphal for the final hours of the race and lead for the final five hours to the finish. The #14 AIM Vasser Sullivan Lexus took second, while the #44 GRT Magnus Lamborghini Huracan finished third.