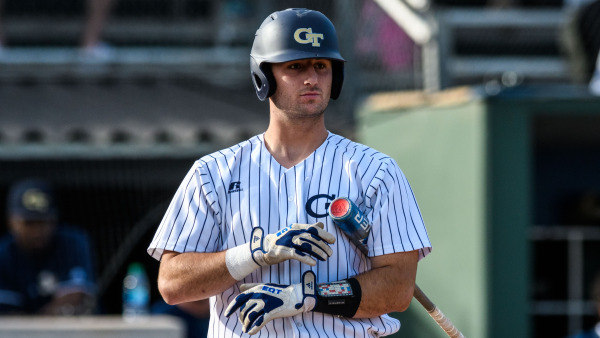 The state of Georgia has long been a hotbed for top-of-the-line baseball talent that major league teams look for when it comes to building their rosters.

This year, the state appeared to live up to its billing as a strong breeding ground for future professional players, based on the results of the Major League Baseball Draft that took place Monday through Wednesday of this week.

Higginbotham (11th round), a left-handed pitcher from Clemson, was one of 22 pitchers drafted by the Braves this week.

Harris (32nd round) played outfield this spring at Missouri but the Braves like him as a second baseman. He hit .316 this season for the Tigers with 11 home runs and 50 RBIs.

An interesting tidbit is that the former McEachern standout hit the first-ever homer in SunTrust Park history when Georgia faced Missouri in the first public event at the new Braves’ stadium last year.

Hernandez (29th round) played second base for Alabama State this year. Stallings (30th round) is currently a left-handed pitcher at Duke which is still alive in the NCAA tournament after defeating Georgia in regional play on Monday.

Mangan (40th round) was the Braves’ final pick. He is the son of longtime Atlanta head groundskeeper Ed Mangan.

The Pinecrest Academy product was the starting catcher this season for the Paladins, batting .322 while helping the team to the Class A private state quarterfinals in the Georgia High School Association.

Other noteworthy picks by the Braves – those without previous ties to Georgia – include first-round choice Carter Stewart from Eau Gallie (Fla.). The 18-year-old right hander was the first player on the Braves’ board according to team scouting director Brian Bridges.

The Braves also were thrilled to get Tristan Beck in the fourth round. They had him pegged as the No. 28 overall player back in 2015 before he opted to choose Stanford over pro baseball.

Atlanta also got first baseman Greyson Jenista from Wichita State in round two. He was the MVP of the Cape Cod League last summer. He bats left-handed and the Braves like his power potential.

Other noteworthy picks by the Braves include eighth-round choice A.J. Graffanino, son of Tony who played for the Braves from 1996-98. He is a shortstop, but is currently playing second base at Washington which is still alive in the NCAA tournament.

The Braves also have confirmed that Zach Daniels, their 19th-round pick from Iowa, will sign as a relief pitcher. It should also be noted that he found out that he was drafted while on his way to Chic-fil-A, which is headquartered in College Park in metro Atlanta.

The Braves also hope to sign LSU’s Zack Hess who they drafted in the 34th round. He was Baseball America’s No. 87 prospect as a college sophomore. The 6-6 right-hander has a fastball that registers in the upper-90s along with an out-pitch slider, and the Braves like him as back-end reliever.

Another interesting selection by the Braves was Brendan Denter in the 13th round. He lived in South Africa until age nine when he moved to Texas. He grew up playing cricket, but now is a key player at Auburn, playing first and third base for the Tigers who are scheduled to face Florida this weekend in the NCAA super regionals.

Denter is batting .352 with runners in scoring postion for an explosive Auburn offense.

The Braves obviously weren’t the only ballclub snagging talent from the Peach State. Some 50 players who played high school or college baseball in Georgia this year were drafted over the 40 rounds of the draft this week.

That number does not include the many other Georgians who played for other schools across the country.

The top prep players from Georgia taken in the draft were catcher Anthony Seigler from Cartersville High who was taken by the New York Yankees with the 23rd pick in the first round. He can actually pitch with both hands; Pitcher Ethan Hankins from Forsyth Central who the Cleveland Indians grabbed at No. 35; Parker Meadows from Grayson who the Detroit Tigers chose with the first pick in the second round. His brother currently plays for the Pittsburgh Pirates; and Brookwood catcher Will Banfield who was taken by the Miami Marlins with the No. 69th overall pick.

Worth mentioning are the two highly-touted Georgia prep prospects who don’t appear to be going straight to the pros, albeit because of their own personal choices.

Pitchers Cole Wilcox and Kumar Rocker both made it known this week their intentions to first play in college, although they were projected as possible first-round picks.

Wilcox, who will play at Georgia, was said to be demanding a $3 million signing bonus which led teams to shy away from him because they felt that was too high of an asking price. The Heritage High star did get taken in the 37th round by Washington, but the Nationals aren’t expected to be able to lure him away from the Bulldogs.

Rocker, son of former NFL great Tracy Rocker, was also considered a top-30 pick, but he posted on his Twitter account after Day 1 of the draft that he intended to play at Vanderbilt who had already signed him as part of a loaded recruiting class.

The North Oconee star did get picked by the Colorado Rockies in the 38th round but in all likelihood he will be with the Commodores next season.

As for the college players with Georgia ties going in the draft this week, the actual No. 1 overall pick, pitcher Casey Mize from Auburn, played high school ball in Alabama but played travel baseball with Team Georgia Baseball Academy.

The No. 2 pick by the San Franciso Giants, catcher Joey Bart, played at Georgia Tech. He was the ACC Player of the Year this spring.

Also, the No. 28 overall pick by the Houston Astros, Seth Beer, has starred at Clemson the past three years after playing at Lambert High in Suwanee.

He hit .368 with 18 homers and 70 RBIs as a freshman in 2016 with the Tigers. He hit 22 homers this season as a junior and currently leads all active collegiate players with 56 home runs.

By the way, there is a good chance he will have one of the top selling jerseys on the market because of his last name. Should he definitely make the big leagues, it is believed that he will be the first player with the last name Beer to play in the majors.

All of the college players with Georgia ties going in the draft weren’t just from NCAA Division I schools. Players were drafted from the likes of Columbus State, Georgia College, Georgia Gwinnett, Gordon State and Georgia Highlands.