New this year, the NBA 2K League used a computerized random number generator for the lottery. Because there were 1,001 possible combinations when four numbers are drawn out of 14, without regard to their order of selection. 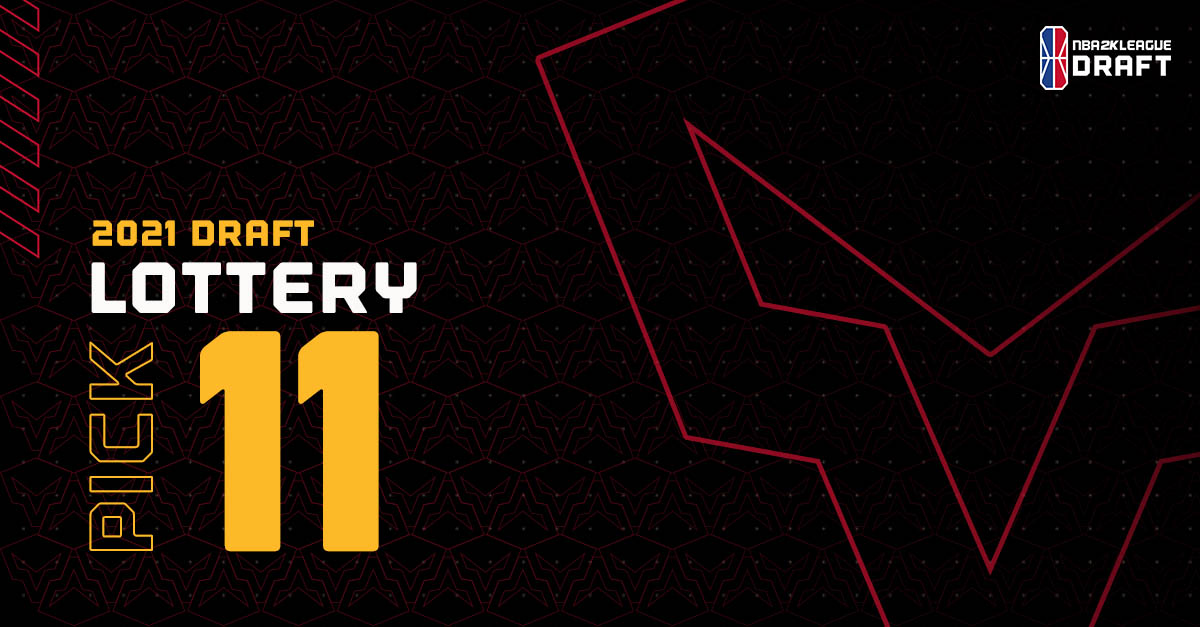 “We are excited to grow our roster after receiving the 11th overall pick as a result from today’s Draft Lottery,” said Hawks Talon GC Head Coach and General Manager Wesley Acuff. “With BP, LEE, KEL and our three selections in the upcoming draft, we look forward to creating a roster and developing a championship culture in Atlanta.”

New this year, the NBA 2K League used a computerized random number generator for the lottery. Because there were 1,001 possible combinations when four numbers are drawn out of 14, without regard to their order of selection. Prior to the lottery, 1,000 of those 1,001 combinations were assigned to the 13 participating lottery teams. If the combination 11-12-13-14 was generated, it was disregarded to preserve an even 1,000 combinations. The process occurred in the following manner: The team that was assigned the combination that includes the first four numbers generated received the number one pick. The same process was repeated with the number generator for the second pick and then again for the third pick. If the same team came up more than once, the result was discarded, and another combination was selected. If the one unassigned combination was selected, the result was discarded, and the numbers were generated again. The order of selection for the teams that were in the draft lottery but that do not win one of the top three picks were determined by inverse order of their regular-season record.

Earlier this month, 23 teams that competed in 2020 were required to retain a minimum of two players who were on its roster at the end of the season. Hawks Talon GC announced that 2019 MVP Award Finalist BP (Michael Diaz-Cruz), member of 2020 NBA 2K League All-Rookie LEE (Lee Lamb) and Atlanta’s own and one of the league premier’s secondary ballhandlers KEL (Mykel Wilson). As a result, the team will have three selections in the upcoming NBA 2K League Draft.