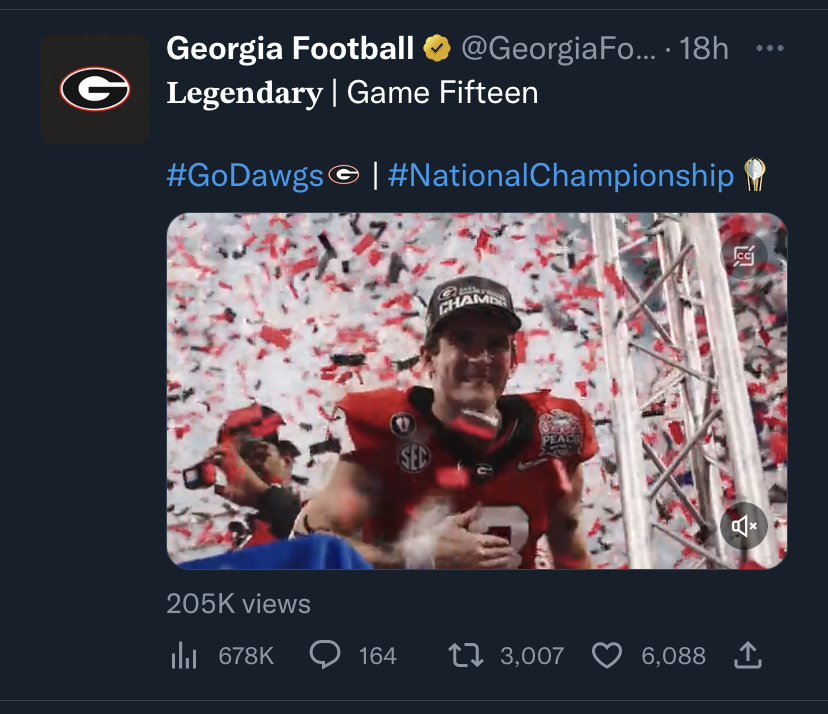 The University of Georgia football released a hype video Sunday ahead of the National Championship game to be played this evening.

The hype video is narrated by Vince Dooley.

The national championship game will be against TCU and played in LA.

Watch the hype video below.