The new deal would keep Lunsford at Georgia Southern through the 2024 Season. 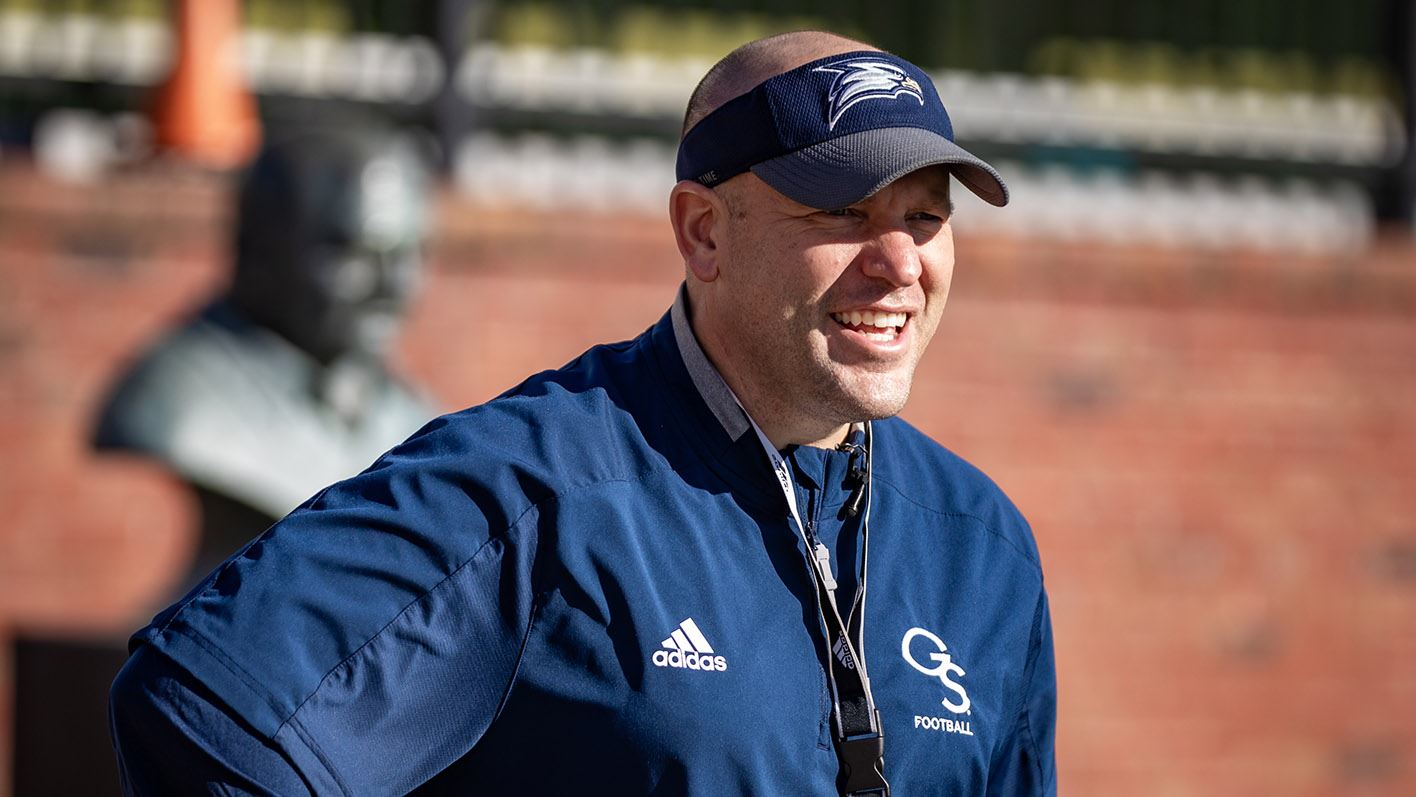 STATESBORO – The Georgia Southern Athletics Department has announced a one-year contract extension for head football coach Chad Lunsford that will keep Lunsford in Statesboro through 2024.

“My family and I would like to thank Dr. Marrero, Jared Benko and the Athletic Foundation for this contract extension,” Lunsford said. “Georgia Southern is a special place and we are very proud to be a small part of such an awesome program. We will continue to work hard to help our student-athletes to grow as GS Men. Our program is on the rise and we are excited about the commitment shown to us as well as our commitment to give back to the University and the Athletic Department.”

In his two full seasons as the head coach, Lunsford was the architect of the biggest turnaround in the FBS, leading the Eagles from two wins in 2017 to a 10-3 mark and a Raycom Media Camellia Bowl victory in 2018. The Eagles finished the season receiving votes in both the Associated Press and USA Today Coaches Poll, both firsts for the program. Last season, Georgia Southern won seven games, including a road win at No. 20 Appalachian State, and appeared in its second consecutive bowl game for the first time in program history. In the classroom, the team posted its highest semester GPA in program history this spring and the team GPA for the 2020-2021 academic year is the highest in program history, as well.

“Chad Lunsford‘s management of our football program, from developing young men of character to coaching them on the field, has been exceptional,” said director of athletics Jared Benko. “He is a leader that is committed to doing things the right way.  Chad represents our institution and state with great pride – both on and off the field. We look forward to his continued leadership of our football program.”

Georgia Southern is scheduled to open the 2020 season at Boise State in Sept. 5 with its home opener slated for Sept. 12 against Campbell.