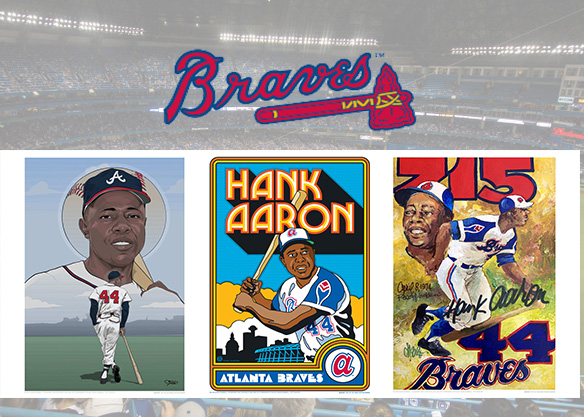 The Atlanta Braves announced Thursday the 2021 Art in the Park poster series, which began in 2019 and celebrates the talents of diverse designers and artists.

The 2021 series will feature six limited edition designs to honor Hank Aaron. All proceeds from the sale of the posters will benefit the Henry Louis Aaron Fund to further Aaron’s life-long passion to increase diversity in baseball, on and off the field.

The featured artists for the 2021 series include:

The limited edition posters will be priced at $44 and available at the Braves Clubhouse Store at Truist Park and online at http://www.braves.com/artinthepark. The first design – by Todd Radom – is now on sale, and Rob Generette III’s will become available on June 1. The other four limited edition poster designs will be released throughout the season. 250 of each will be printed and numbered.

Under the banner of the Atlanta Braves Foundation, the purpose of the Henry Louis Aaron Fund is to drive equity by creating access and opportunities in the areas of sport, business, education and social and racial equality. The Atlanta Braves seeded an initial $1 million when the fund was formed in January 2021, and Major League Baseball and the Major League Baseball Players Association have together committed an additional $1,000,000.