Public records obtained by AllOnGeorgia indicate that the man who died during the altercation was detained by law enforcement officials earlier in the evening, but was released instead of being booked at the Evans County jail. 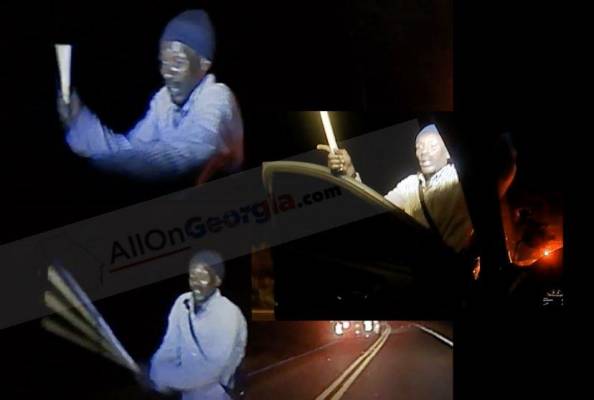 Public records obtained by AllOnGeorgia indicate that the man who died during the altercation was detained twice by law enforcement officials earlier in the evening, but was released instead of being booked at the Evans County jail.

The Georgia Bureau of Investigation was contacted overnight on May 9, 2020 after an Evans County deputy, whose name has not been released, fired a duty weapon upon 47-year-old Yassin Mohamed in unincorporated Evans County. Preliminary information from the GBI indicates multiple encounters between Mohamed and law enforcement in the days and immediate 12 hours leading up to the shooting, culminating in an incident in which Mohamed reportedly threw rocks at the deputy, striking him once. According to the GBI, Mohamed then charged the deputy with one of the rocks, at which time the deputy fired his service weapon three times. Mohamed was pronounced dead at the scene and an autopsy will be conducted.

It was not clear Wednesday if the fatal shooting was captured on the dash camera of the deputy or if the deputy’s vehicle was even equipped with a dash camera, but a law enforcement official, who spoke on the condition of anonymity because he was not authorized to speak publicly on the matter, did state the rocks varied in size and included at least one ‘approximately the size of a softball.’

Shooting Incident Preceded by At Least 2 Earlier Encounters That Evening.

A report released by the Claxton Police Department under the Georgia Open Records Act indicates Mohamed was detained earlier in the evening by Claxton police officers who were asked to assist the Evans County Sheriff’s Office.

Claxton Police Officers Dustin Skipper, Wesley Kennedy, and Jeb Cowart responded to a call outside the city limits but within the boundaries of the county at approximately 10:30 p.m. on Friday, May 8. The call was in reference to a man in the roadway who was hitting an Evans County EMS ambulance. While officers were en route, it was relayed that the man had walked into someone’s yard, picked up a pipe and was carrying it while walking in the middle of East Long Street. Dispatch notifies Officer Skipper that attempts have been made to contact Evans Memorial Hospital but they ‘cannot get an answer.’ The hospital was contacted because of an earlier call involving an escaped 10-13 (police code: involuntary commitment) hospital patient. Authorities sought to confirm the identify of the patient, though Yassin Mohamed was later determined not to be the same individual from the earlier 10-13 call.

Dash camera footage shows officers arriving on the scene illuminated by EMS lights to find Mohamed in the middle of the road with the pipe. As Officer Skipper activates his blue lights and slows to a stop, Mohamed begins approaching the vehicle with ‘what appeared to be a blank stare mindset,’ according to the incident report.

According to an incident report made by responding officers:

After Mohamed is subdued and in handcuffs, Skipper radios that the subject is ‘10-95’ (police code: in custody) and can be heard calling for county law enforcement to assist in further action, per policy for city assists. EMS checks on Officer Skipper and indicates they had another call come in and need to leave. Deputy Stewart and supervisor Lieutenant Felton “Duck” Brewton, both from the ECSO, arrive on scene and conversation captured on dash camera video shows the deputy and CPD officers discussing the preceding chain of events.

“This is all Duck’s fault anyway. Duck should have carried him on to the jail [referencing an earlier incident in the evening with Mohamed prior to the current incident in progress],” another officer can be heard saying. 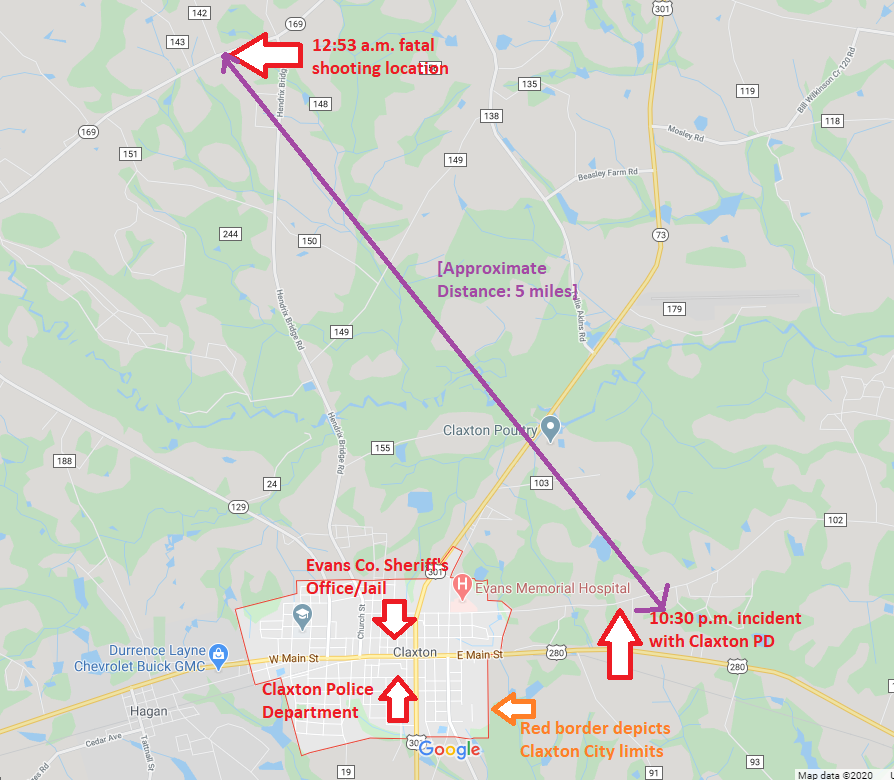 The video, which was edited only to redact the identifying license information of Mohamed, is below. WARNING – Contains graphic language. Story continues below.

Media Coverage of the Shooting.

The story has already been covered internationally, garnering coverage by The Daily Mail and MetroUk. The more specific details made available from the Claxton Police Department do refute an early narrative by the Council on American-Islamic Relations (CAIR) which contends that Mohamed was targeted because of his race, his Muslim faith, and for ‘jaywalking.’ One CAIR director called the shooting “identical” to the Ahmaud Arbery incident, the Glynn County shooting from February that made headlines for a number of reasons, to include the invocation of the ‘citizens arrest’ statute, the conflicts of interest by the District Attorney’s Office, and the lack of investigatory action by prosecutors.

AllOnGeorgia has requested a number of items from the Evans County Sheriff’s Office under the Georgia Open Records Act, to include: the CAD report, radio traffic audio files, any dash cam and body cam footage, and any incident and arrest reports involving Yassin Mohamed in the possession of the Office.

Additional information will be published as it becomes available. Some items will not be available until the GBI concludes its investigation and the district attorney’s office has made a recommendation.