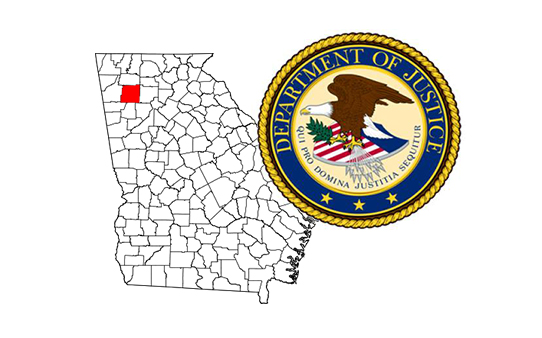 The United States Justice Department announced today that it has filed a lawsuit against Bartow County, Georgia, alleging that the County violated Title VII of the Civil Rights Act of 1964 when it subjected former employee Carlen Loyal to a racially hostile work environment, retaliated against former employee Bobby Turner, and fired both men, who are black. Title VII is a federal statute that prohibits employers from discriminating on the basis of sex, race, color, national origin and religion. Title VII also forbids employers from retaliating against employees for complaining about discrimination in the workplace or otherwise asserting their rights under Title VII.

According to the complaint, filed in the U.S. District Court for the Northern District of Georgia, Loyal was employed at the County’s Road Department for almost 10 years. Loyal’s brother-in-law, Turner, was also employed by the Road Department for several years. In 2019, Loyal complained to his supervisor that a white co-worker sent him a text message referring to him as an “n-word.” After Loyal’s complaint, the human resources (HR) director called Loyal into his office, where he subjected Loyal to additional, severe racial harassment in front of the employee who sent the racist text message. The HR director also demanded to know whether Loyal had informed anyone else of the text message, and Loyal responded that he had informed Turner. Just over two weeks later, the County accused Loyal and Turner of misconduct and terminated their employment. The complaint alleges that Loyal and Turner, each of whom had been promoted several times, had no prior history of discipline with the County before Loyal complained about race discrimination.

“No employee should have to endure racial harassment or retaliation in the workplace, especially racial slurs,” said Assistant Attorney General Kristen Clarke of the Justice Department’s Civil Rights Division. “Punishing employees for reporting harassment and discrimination to their supervisors is illegal and undermines the basic statutory protections designed to identify and root out racial harassment in workplaces across the country.”

“No one should be forced to labor in an environment where employers condone racial slurs and employees are expected to tolerate them,” said U.S. Attorney Ryan K. Buchanan for the Northern District of Georgia. “It is also unacceptable for an employer to foster a work environment where employees with the courage to report such abhorrent behavior experience retaliation from supervisors and face termination of their jobs.  Our office will vigorously and continuously leverage our resources to address this type of illegal discrimination in the workplace.”

Loyal and Turner filed charges of discrimination with the Equal Employment Opportunity Commission (EEOC). The EEOC’s Atlanta District Office investigated the charges and found reasonable cause that the County violated Title VII. After unsuccessful conciliation efforts, the EEOC referred the charges to the Justice Department.

The full and fair enforcement of Title VII is a top priority of the Justice Department’s Employment Litigation Section of the Civil Rights Division. Additional information about the Civil Rights Division and the jurisdiction of the Employment Litigation Section is available on its websites at www.justice.gov/crt/ and https://www.justice.gov/crt/employment-litigation-section.

This case is being handled by Senior Trial Attorney Jeremy Monteiro of the Civil Rights Division’s Employment Litigation Section and Assistant U.S. Attorney Trishanda L. Treadwell for the Northern District of Georgia.