Grim is facing a minimum mandatory ten years in prison to a maximum life sentence, a maximum fine of $1,000,000 and five years supervised release. 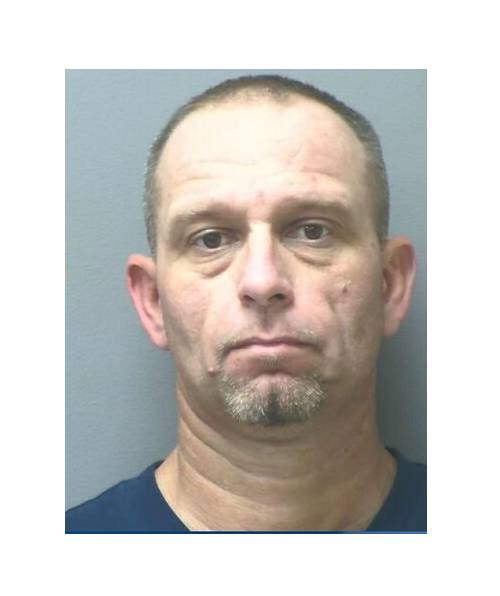 A prolific small-town methamphetamine dealer involved in a larger wiretap investigation into methamphetamine trafficking in South Georgia  has pleaded guilty for his crime, said Charlie Peeler, the U.S. Attorney for the Middle District of Georgia.

Phil Grim, 43, of Cairo, Georgia, pleaded guilty to conspiracy to possess with intent to distribute controlled substances before U.S. District Judge Leslie Gardner on Tuesday, July 7. Grim is facing a minimum mandatory ten years in prison to a maximum life sentence, a maximum fine of $1,000,000 and five years supervised release. Sentencing has not been scheduled. There is no parole in the federal system.

Grim was first arrested in Thomas County, Georgia on March 14, 2019 in possession of drug paraphernalia. Grim told investigators that he was regularly obtaining large quantities of methamphetamine for several years from Joseph “Bae Bae” Jones, 30, of Cairo, including four days prior to the interview at 159 Alison Drive, Cairo, Georgia. Grim, who was on probation, was released and told to have no further contact with Jones. Three days later, on March 17, 2019, agents conducting a legal wiretap on phones used by Jones intercepted Grim placing an order with Jones for a large quantity of methamphetamine. Agents continued to intercept multiple calls placed by Grim to Jones seeking methamphetamine. On April 26, 2019, agents intercepted a final call by Grim to Jones to purchase methamphetamine at 159 Alison Drive. Under camera and physical surveillance, Grim was seen traveling to 159 Alison Drive and departing. Officers pulled Grim over and found him with one ounce of methamphetamine. Grim told officers he “shopped with Jones” up to 20 times in the 44 days since he was first interviewed by agents. Jones is charged with a total of twelve counts listed in the indictment, including conspiracy to possess with intent to distribute methamphetamine, distribution of methamphetamine and possession of a firearm in furtherance of a drug trafficking crime. Jones faces a maximum life imprisonment for his crimes. An indictment is only an allegation of criminal conduct, and the defendants are presumed innocent until and unless proven guilty in a court of law beyond a reasonable doubt. Jones is detained pending his trial. A court date has not been scheduled.

“Law enforcement is cracking down on suppliers and dealers of methamphetamine across the Middle District of Georgia. Those caught trafficking meth will be prosecuted and will face severe punishment for choosing to push this deadly drug in our communities,” said U.S. Attorney Charlie Peeler. “I want to thank the DEA, GBI, Grady County Sheriff’s Office, Thomas County Sheriff’s Office, Thomas Vice/Narcotics Squad and the Cairo Police Department for their excellent work investigating methamphetamine trafficking in our region.”

“The successful results of this investigation should let criminals, who flood our communities with methamphetamine, know that DEA and its law enforcement partners will use all its resources to destroy their drug distribution networks. This defendant will no longer be able to distribute this poison in the community of Cairo,” said Robert J. Murphy, the Special Agent in Charge of the DEA Atlanta Division.

“Illegal drugs are dangerous on the streets of Georgia. The GBI is committed to getting these drugs off of the streets by bringing to justice all those that take part in the illegal drug trade, from the supplier down to the dealer,” said GBI Director Vic Reynolds.

HUD Charges GA Housing Providers with Discriminating Against a Mother, Child with Disabilities
Taxpayers Reminded to be Vigilant as Filing Deadline Approaches