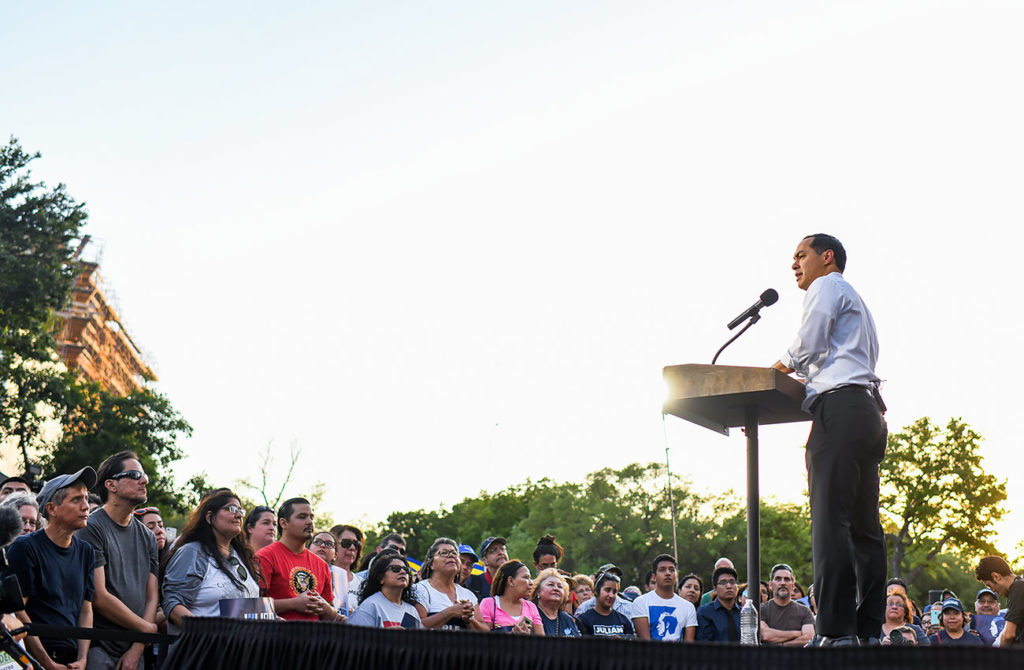 Presidential candidate Julian Castro has announced that one of his campaign platform pillars includes reforms on law enforcement to “combat police brutality” by centralizing police standards at the national level and yanking federal funding.

His plan, dubbed the “People First Policing Plan“, was released on Monday. On his campaign page dedicated to the plan, the site explains that police brutality has been an important focal point of the campaign since it launched, saying “the frightening rate at which unarmed black and brown folks have been killed by law enforcement officers all over America” before noting a number of stories that made headlines around the nation in recent years.

Castro says there is “a crisis in public safety” and promises to “demand a federal response” if he elected president. Specifically, the plan calls for:

You can read the plan in its entirety here.

Castro served as the mayor of San Antonio, Texas from 2009 until he joined Obama’s cabinet in 2014, which he did until 2017. He was also mentioned as a possible running mate for Hillary Clinton during the 2016 presidential campaign.  He is the twin brother of Congressman Joaquin Castro. On January 12, 2019, he launched his campaign for the Democratic nomination for president.

Treasury and Commerce Implement Changes to Cuba Sanctions Rules
Senate Confirms Susan Combs as Assistant Secretary at the Department of the Interior
Posting....