The man was sentenced to 66 months in federal prison this week for cyberstalking and sending a kidnapping threat to families of victims of a mass shooting in Parkland. 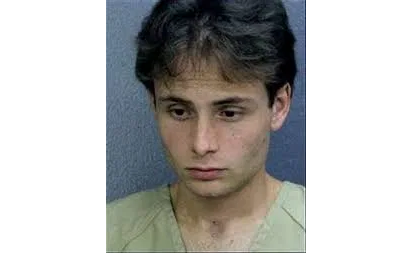 Brandon Michael Fleury, 22, of Santa Ana, California, was sentenced to 66 months in federal prison this week for cyberstalking and sending a kidnapping threat to families of victims of a mass shooting in Parkland, Florida, announced U.S. Attorney Ariana Fajardo Orshan for the Southern District of Florida and Special Agent in Charge George L. Piro of the FBI’s Miami Field Office.

According to evidence introduced during the South Florida jury trial, Fleury used thirteen different Instagram accounts, using aliases including alleged Parkland shooter Nikolas Cruz, notorious serial killer Ted Bundy, and others, to target families and friends of Parkland shooting victims with messages over the course of three weeks between Dec. 22, 2018 and Jan. 11, 2019.  Many of the messages, including ones written under usernames referring to Cruz and containing Cruz’s profile picture, taunted the message recipients about the deaths of loved ones in the Parkland shooting.  On Dec. 25, 2018, Fleury, sent a message stating, “I’m your abductor I’m kidnapping you fool.”  On Jan. 9, 10, and 11, 2019, Fleury continued to harass, intimidate, and threaten the message recipients from multiple Instagram accounts.  These included messages sent under the username “the.douglas.shooter,” and using a profile picture of Nikolas Cruz.  These messages included statements like, “With the power of my AR-15, you all die,” and “With the power of my AR-15, I take your loved ones away from you PERMANENTLY.”

After examining Fleury’s tablets, law enforcement found thousands of saved images of Ted Bundy, images of the targeted victims, and saved screenshots of the messages that he had sent the victims.