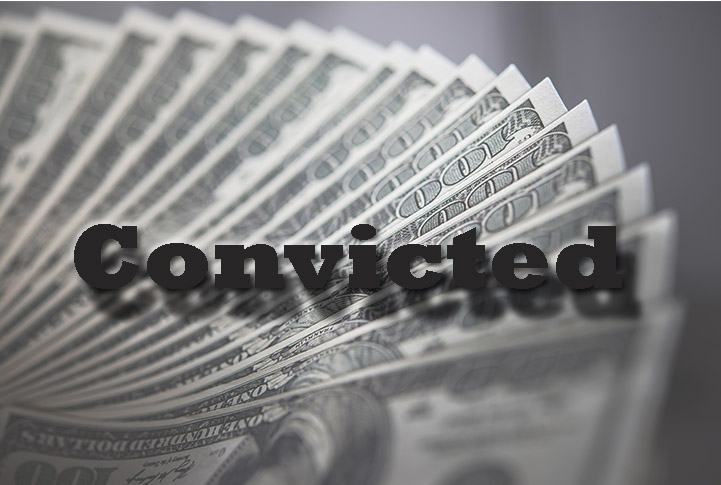 After an eight-day trial at the Federal Courthouse in Fort Lauderdale, and following three days of deliberations, a jury found Omar Shaquille Bailey and Ronaldo Garfield Green guilty for their roles in a scheme to defraud the U.S. Department of Veterans Affairs and the Social Security Administration of over $1.8 million.  Senior District Court Judge James I. Cohn read the jury’s verdict and ordered the defendants imprisoned while they await sentencing in January.

The jury heard testimony from several witnesses that members of the conspiracy obtained the personal information (including names, dates of birth and Social Security numbers) of disabled veterans and Social Security beneficiaries.  The conspirators used this information to fraudulently open bank accounts and prepaid debit cards in the victims’ names.  They also forged documents in the victims’ names which directed the U.S. Department of Veterans Affairs and the Social Security Administration to deposit benefit payments into those fraudulent accounts, instead of the victims’ legitimate bank accounts.

The trial evidence showed that the defendants, together with other co-conspirators, withdrew these funds from ATMs and banks throughout South Florida and Georgia for their own personal use.  Much of the funds were ultimately funneled to the architects of the scheme in Jamaica.

According to evidence presented at trial, over the course of five years, from 2012 to 2017, members of the conspiracy attempted to redirect over $1.8 million in benefits from more than a hundred disabled veterans and Social Security beneficiaries.  Although several of these attempts were blocked, the defendants’ scheme resulted in the actual loss of nearly $1 million, money that was diverted from disabled veterans and Social Security beneficiaries. In each instance, the federal government reimbursed these victims for the full amounts of their stolen benefits.

“We remain vigilant in our efforts to defend and protect our disabled veterans and our elderly,” said U.S. Attorney for the Southern District of Florida Juan Antonio Gonzalez. “This successful prosecution demonstrates that, despite recent challenges, our Office continues to prosecute anyone who targets vulnerable members of the community.”

“Yesterday, a jury held these defendants accountable for their roles in a large-scale, transnational fraud scheme that preyed upon veterans—many of whom were elderly and at risk—by redirecting VA compensation and pension benefits to other bank accounts or by taking over veterans’ bank accounts,” said Special Agent in Charge David Spilker of the Department of Veterans Affairs Office of the Inspector General’s Southeast Field Office. “The VA OIG, along with our law enforcement partners, is steadfast in our commitment to ensure that veterans are protected from schemes designed to steal the benefits that they earned while defending our country.”

“The jury’s verdict holds Omar Bailey and Ronaldo Green accountable for their greedy and unscrupulous actions that deprived Social Security beneficiaries and disabled veterans of their benefits,” said Rodregas W. Owens, Special Agent in Charge, Social Security Administration Office of the Inspector General, Atlanta Field Division. “I appreciate the investigative efforts of the Transnational Elder Fraud Strike Task Force and our law enforcement partners in dismantling this conspiracy and U.S. Attorney’s Office for prosecuting this case.”

U.S. Attorney for the Southern District of Florida Juan Antonio Gonzalez, Special Agent in Charge David Spilker of the Department of Veterans Affairs Office of the Inspector General’s Southeast Field, and Special Agent in Charge Rodregas W. Owens, Social Security Administration Office of the Inspector General, made the announcement.

The case was prosecuted by Assistant U.S. Attorneys Lois Foster-Steers and Sajjad Matin.

Combatting elder abuse and financial fraud targeted at seniors is a key priority of the Department of Justice. The mission of the Department’s Elder Justice Initiative is to support and coordinate the Department’s enforcement and programmatic efforts to combat elder abuse, neglect and financial fraud and scams that target our nation’s seniors. To learn more visit https://www.justice.gov/elderjustice.  The public is encouraged to report their victimization and suspected fraud schemes. To find the right reporting agency visit https://www.justice.gov/elderjustice/roadmap or call the victim connect hotline at 1-855-484-2846.

Criminal complaints, informations, and indictments contain mere allegations and defendants are innocent unless and until found guilty in a court of law.

Related court documents and information may be found on the website of the District Court for the Southern District of Florida at www.flsd.uscourts.gov or at http://pacer.flsd.uscourts.gov, under case number 19-cr-60313.