The man was sentenced to prison and ordered to pay $1,000,000 in restitution after admitting he manipulated and falsified client information on filed tax returns 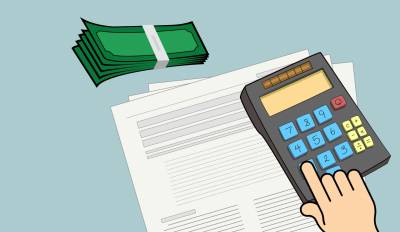 The former owner of Mr. Tax, Etc., a tax preparation business, was sentenced to prison and ordered to pay $1,000,000 in restitution after admitting he manipulated and falsified client information on filed tax returns, announced Charles “Charlie” Peeler, the United States Attorney for the Middle District of Georgia.

Willie Moore, Jr., 48, of Braselton, Georgia, previously entered a guilty plea to one count of conspiracy to defraud the United States on Thursday, September 12, 2019 and was sentenced on Wednesday, February 12, 2020 by U.S. District Judge Tilman “Tripp” Self to 33 months in prison and ordered to pay $1,000,000 in restitution to the IRS.

A co-defendant in the case, James Prather, 47, of Douglasville, Georgia, pleaded guilty to one count Conspiracy to Defraud the United States on May 8, 2019, causing a $1,000,000 loss to the United States Government. Prather faces a maximum five years in prison and will be sentenced on February 26, 2020. Both defendants agreed to no longer prepare or file federal tax returns for anyone other than themselves. There is no parole in the federal system.

“The punishment is steep for those who steal from the tax payers and the government,” said Charlie Peeler, the U.S. Attorney. “Protecting tax payers from government fraud is a priority of this office, and we will continue to work closely with the IRS, the Southeast Scheme Development Center and our many other law enforcement partners to investigate and prosecute fraud crimes across the Middle District of Georgia.”

“This sentence should serve as a warning to any tax return preparer considering exploiting their clients for profit: You will be caught, you will be prosecuted, and you will pay a steep price for your actions,” said Andrew Thornton, Jr., Acting Special Agent in Charge IRS Criminal Investigation, Atlanta Field Office. “IRS-CI remains committed to working with our law enforcement partners to bring those seeking to enrich themselves at the expense of the government and their clients, to justice.”

“Today’s sentence sends a strong message to those who abuse the bankruptcy system,” said Nancy J. Gargula, U.S. Trustee for Georgia, Florida, the Commonwealth of Puerto Rico and the U.S. Virgin Islands (Region 21). “Causing taxpayers to provide false tax returns and documents in connection with their bankruptcy cases undermines the integrity of the system and will not be tolerated. We appreciate the commitment of U.S. Attorney Peeler and our law enforcement partners to holding those who abuse the bankruptcy system accountable.”

Co-defendants and business partners Mr. Moore and Mr. Prather orchestrated a tax refund scheme through Mr. Moore’s tax return preparation business AMAB Enterprises, d/b/a/ Mr. Tax, Etc., a storefront location on North Columbia Street in Milledgeville, Georgia. Investigators identified a total of 5,529 suspicious federal income tax returns for the 2011, 2012, 2013, and 2014 tax years, and a high percentage of returns, 97%, receiving a refund. Mr. Moore admitted in his guilty plea agreement that to increase a client’s tax returns, he would manipulate the taxpayer’s returns by listing fraudulent businesses, profits, educational expenses, and household income. Most of the clients interviewed stated that their income tax returns were not explained to them nor were they reviewed with them. Some clients never even received a copy of their returns or were given partial copies missing pages, parts, or schedules. Bank records show more than $400,000 in transfers to the defendants, the profits of the tax refund scheme.

The case was investigated by the Internal Revenue Service’s (IRS) Criminal Investigation Division and the IRS’s Southeast Scheme Development Center. The charges resulted, in part, from a referral by the U.S. Trustee for Region 21 to the U.S. Attorney. The U.S. Trustee Program is the component of the Justice Department that protects the integrity of the bankruptcy system by overseeing case administration and litigating to enforce the bankruptcy laws. Region 21 is headquartered in Atlanta, with additional offices in Macon and Savannah, Georgia; Miami, Orlando, Tallahassee and Tampa, Florida; and San Juan, Puerto Rico.