33 new Troopers are headed to posts around the state. See where –> 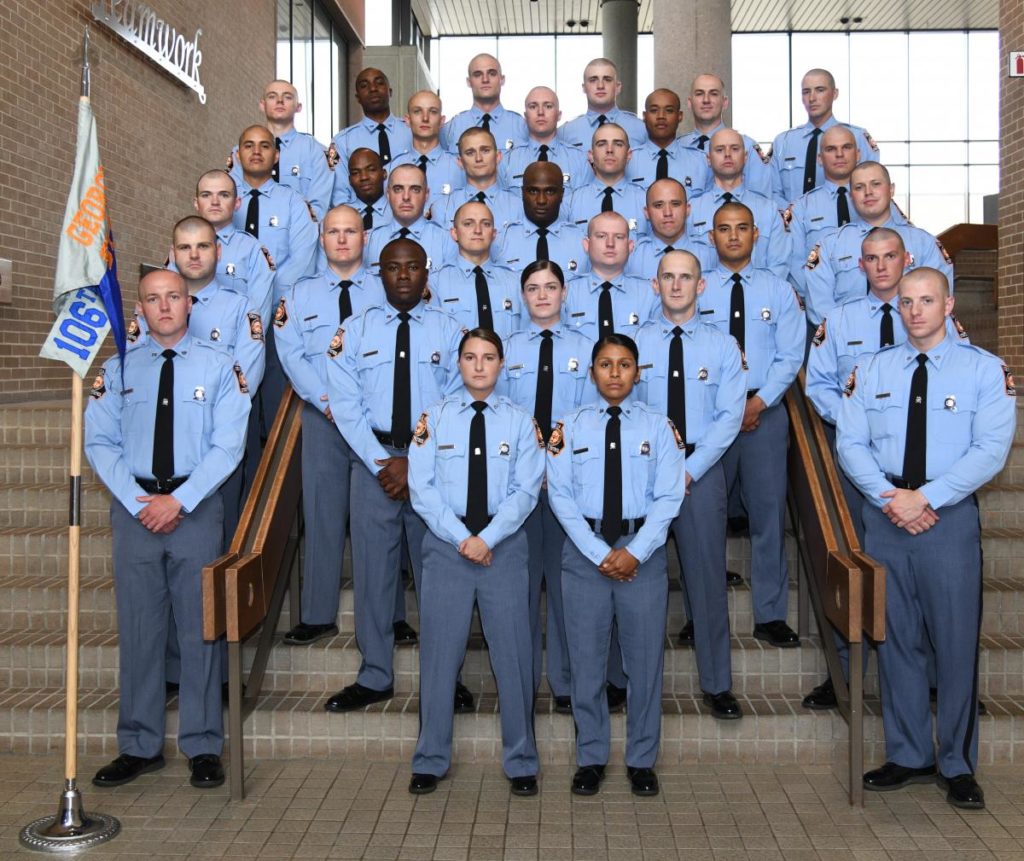 The Georgia State Patrol graduated its 106th Trooper School on Friday, August 16, at the Georgia Public Safety Training Center (GPSTC) in Forsyth.  After 32 weeks of intense training, 33 new troopers will report to one of the 52 patrol posts throughout the state. Governor Brian P. Kemp was the keynote speaker and he also issued the Oath of Office.

Additionally, remarks were given by Colonel Mark W. McDonough, Commissioner of the Department of Public Safety and Capt. Joshua Lamb, Director of Training.

As Trooper Cadets, they spend 20 weeks at the academy and 12 weeks in field training.  The Georgia Peace Officer Standards and Training Council (POST) requires all peace officers receive a minimum of 400 hours of Basic Mandate Training.  At the completion of Trooper School, these newly graduated troopers received over 1,500 hours of training, including driving, defensive tactics, vehicle stops, Spanish, criminal law and criminal procedure, firearms, accident investigation, and various other training.

“It  was an honor to go through this tough challenge of life together and I wish you all the best in your careers wherever it may lead you,” stated class president, Trooper Jerry Slade, during remarks to his fellow class members. “We’re right where we need to be,” he added.

Four of the graduates received special honors for top performance in various fields of study. The honorees were:

Trooper Hawkins also received a $1,000 scholarship towards a bachelor’s degree in Criminal Justice from Reinhardt University for having the highest academic average in his class.

Each commissioned trooper will report to the following assigned post: