A Georgia man arrested at a motel when a 14-year-old boy signaled that he was in danger has been sentenced to federal prison for production of child pornography. 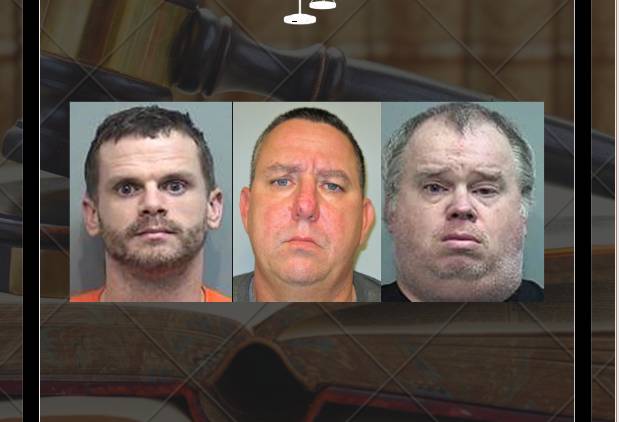 A Georgia man arrested at a motel when a 14-year-old boy signaled that he was in danger has been sentenced to federal prison for production of child pornography.

Richard Hunt Moore Jr., 49, of Hephzibah, Ga., was sentenced by U.S. District Court Chief Judge J. Randal Hall to 264 months in prison and ordered to pay restitution of $1 million, said Bobby L. Christine, U.S. Attorney for the Southern District of Georgia. After completion of his prison term, Moore will be required to serve 20 years on supervised release.

“This monstrous predation came to an end when a child in danger reached out to a motel worker, and that alert staff member quickly notified authorities,” said U.S. Attorney Christine. “The act of seeing something and saying something allowed law enforcement to do something by shutting down Moore and his fellow predators before another child could be harmed.”

According to court documents and testimony, the investigation began when Moore was found with a minor at a motel in Augusta. After questioning Moore, Columbia County Sheriff’s Office investigators and the FBI discovered child pornography on electronic devices in Moore’s possession. Those images led to other defendants in the case, and to their indictment on federal charges.

Moore pled guilty to one count of Production of Child Pornography, as did Charles Casey Garner, 40, of Brooklet, Ga., and Carl Scott Ruger, 40, of Guyton, Ga. Garner previously was sentenced to 15 years in prison, ordered to pay $1 million in restitution, and to serve 15 years of supervised release after completion of his prison term, which is to run concurrently with any sentence for state charges he faces in Effingham County. Ruger is awaiting sentencing.

A fourth target in the investigation committed suicide in Illinois before questioning. Moore faces prosecution for additional charges in state court.

“Predators like Moore have no place in a civilized society. Their victims are re-victimized every time their images are shared or viewed,” said Chris Hacker, Special Agent in Charge of FBI Atlanta. “The FBI remains committed to protecting our young citizens and is thankful for the law enforcement partnerships that make it possible to stop people like Moore from victimizing any more children.”

“This case sends a message not just to those who look to prey on our children, but also reiterates ‘If You See Something, Say Something.’ In this case, an observant worker helped save a child from unimaginable evil,” said acting Special Agent in Charge Robert Hammer, who oversees Homeland Security Investigations (HSI) operations in Georgia and Alabama. “I am pleased by the results in this case as well as the great work that HSI and its partners are doing to protect our youth.”