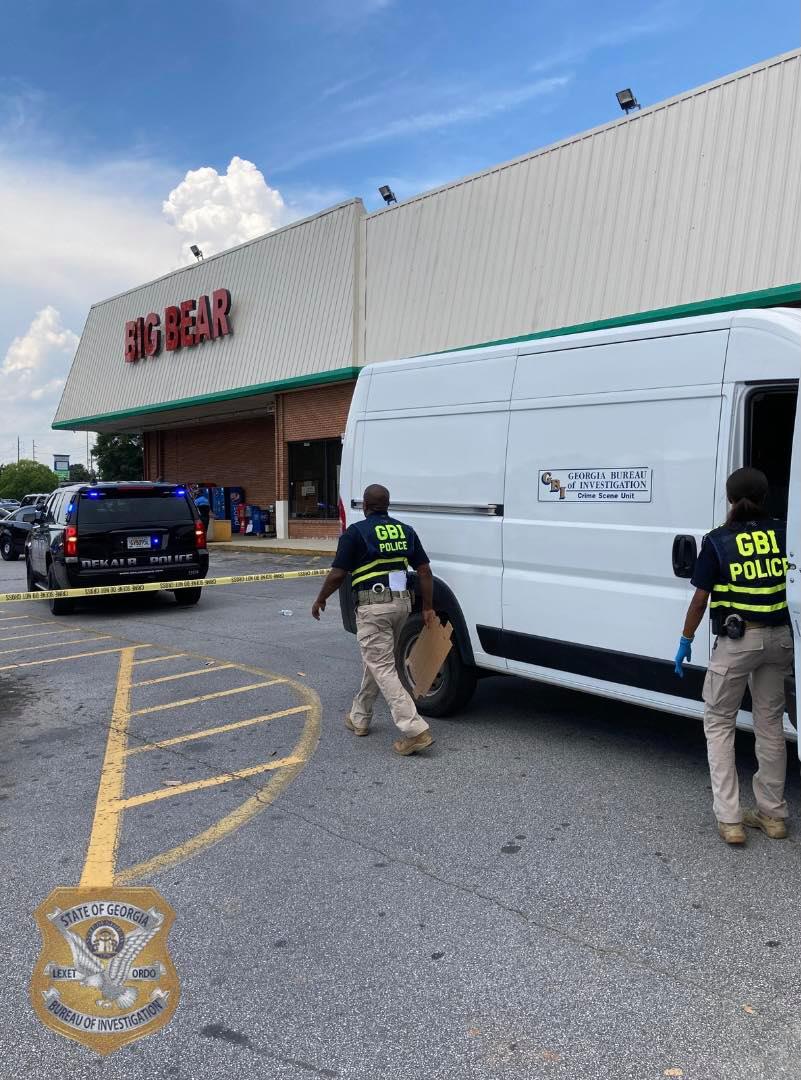 The Georgia Bureau of Investigation was requested by the DeKalb County Sheriff’s Office (DKSO) today to investigate an officer involved shooting.

Preliminary information indicates that at approximately 1:10 p.m., a male customer entered a supermarket at 2849 Candler Road in Decatur.  While checking out, the customer, identified as Victor Lee Tucker, Jr., 30, of Palmetto, GA, got into an argument with a cashier about his face mask.  Tucker left the store without making his purchase, but immediately returned inside.  Tucker walked directly back to the cashier, pulled out a handgun and shot her.  Tucker then began shooting at a DKSO deputy who was attempting to intervene while working off-duty at the supermarket.  The deputy and Tucker exchanged gunfire, and both were wounded during the shootout.  Two responding DeKalb County Police Department (DKPD) officers arrested Tucker as he was attempting to crawl out the front door of the supermarket.

The cashier was taken to Grady Memorial Hospital where she was pronounced dead.

Tucker was also taken to Grady and is listed in stable condition.

The DKSO deputy is being treated for his wounds at Atlanta Medical Center and is in stable condition.

A second cashier was grazed by a bullet.  She was treated for her injury on scene.

The DKPD will be taking arrest warrants for Tucker.

The GBI will continue its independent investigation.  Once completed, it will be turned over to the DeKalb County District Attorney’s Office for review.