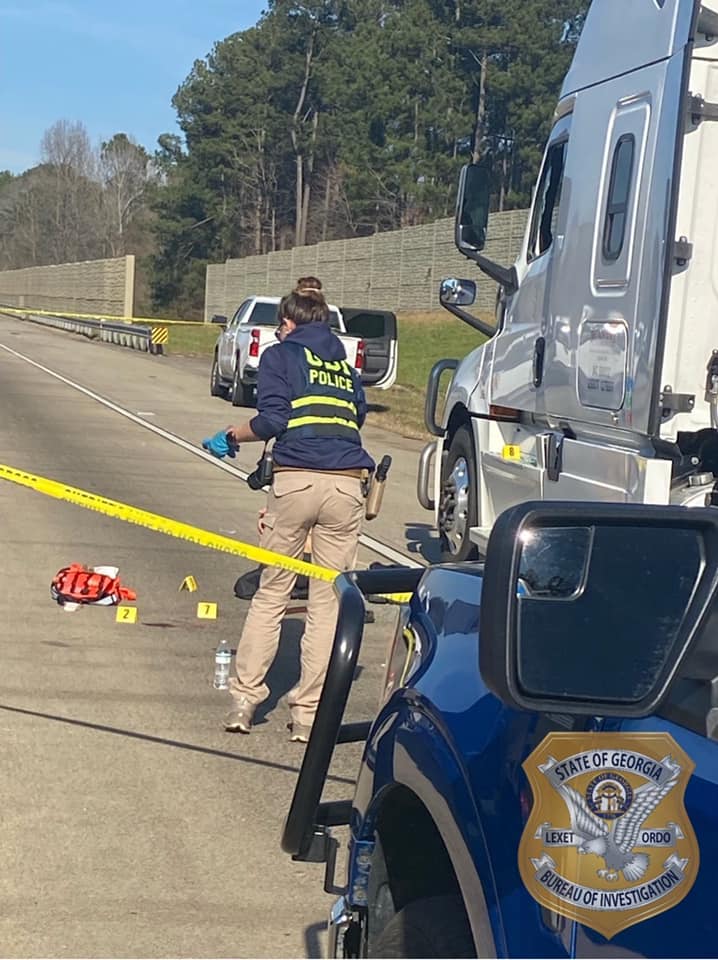 The GBI is investigating an officer involved shooting that occurred today in Newnan.

The Coweta County Sheriff’s Office asked the GBI to conduct an independent investigation on Tuesday, February 15, 2022. No officers were injured in this incident. One man was shot multiple times.

The preliminary information indicates that on Tuesday, February 15, 2022, at around 12:25 p.m., the Coweta County Sheriff’s Office received a 911 call about a tractor trailer truck which had been stolen out of Forest Park, Georgia. At the time of the 911 call, the truck was being electronically tracked on Interstate 85 in Newnan. Responding deputies located the truck and attempted to initiate a traffic stop. The driver of the truck, later identified as Bobby Gene Ingram, 56, did not stop which resulted in a pursuit.

During the pursuit, Ingram initially avoided spike strips that were put out by deputies to disable the truck. Ingram swerved multiple times towards civilian and police cars on the interstate and eventually hit a deputy’s truck. Ingram continued driving on the interstate and a deputy pulled up beside the truck and fired his handgun from within the patrol car, striking Ingram multiple times.

Ingram was treated at the scene for non-life-threatening injuries and was taken to Grady Memorial Hospital in Atlanta, Georgia.

The GBI will conduct an independent investigation. Anyone with information regarding this investigation may contact the Georgia Bureau of Investigation Regional Investigative Office in Columbus (Region 2) at (706) 565-7888. Anonymous tips can also be submitted by calling 1(800) 597-TIPS (8477), online at https://gbi.georgia.gov/submit-tips-online, or by downloading the See Something, Send Something mobile app. Once complete, the case file will be provided to the Coweta Judicial Circuit District Attorney’s Office for review.