A friend of the Dayton mass shooter Connor Betts was sentenced in U.S. District Court last week to 32 months in prison for illegally possessing firearms and lying on federal firearms forms. 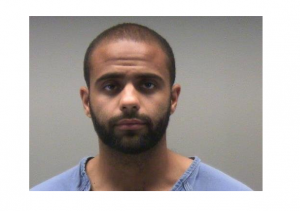 Ethan Kollie, 24, of Kettering, a friend of the Dayton mass shooter Connor Betts, was sentenced in U.S. District Court today to 32 months in prison for illegally possessing firearms and lying on federal firearms form 4473.

Kollie pleaded guilty to the crimes in November 2019.

Federal agents interviewed Kollie on Aug. 4, 2019, in connection to the mass shooting earlier that day in Dayton.

Kollie helped Betts assemble the AM-15 used in the mass shooting and the two practiced firing the gun at a local shooting range. The assembly and practice shooting constitute two separate illegal possessions by Kollie of the gun.

“Kollie will forever be connected to the tragic events of August 4, 2019, in Dayton, Ohio,” said U.S. Attorney David M. DeVillers. “He bought the upper receiver to the AM-15, a 100-round double drum magazine and body armor for Betts. We will chase down the origins of all weapons used in violence and hold all accountable for their crimes.”