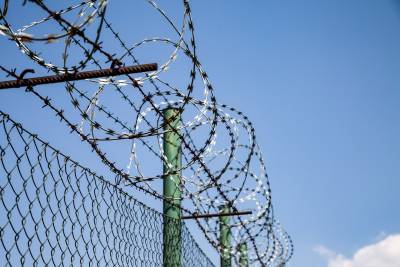 According to the Department of Justice, a former supervisory correctional officer at the Valdosta State Prison (VSP) in Valdosta, Georgia, pleaded guilty today to violating the civil rights of two inmates during two separate incidents.

According to court documents and admissions made during the hearing, on Sept. 24, 2018, Patrick Sharpe, 30, while on duty as a correctional officer at VSP, assaulted a handcuffed inmate in retaliation for an earlier interaction between the inmate and a female officer. Specifically, while escorting the inmate across the prison grounds, Sharpe wrapped a pair of handcuffs around his fist and punched the inmate three times – twice to the inmate’s face and once to the back of his head.  As a result of the assault, the inmate briefly lost consciousness and suffered lacerations to his face and head. The inmate was restrained and compliant at the time of the assault.

In the second incident, on Dec. 29, 2018, Sharpe, while on duty as a supervisory correctional officer at VSP, instructed his subordinate officers to assault a handcuffed inmate in retaliation for an earlier altercation between that inmate and a different female officer. Specifically, Sharpe, along with several other correctional officers — including officers Jamal Scott and Brian Ford, both of whom have previously pleaded guilty to federal crimes related to this incident — escorted the handcuffed inmate to an outdoor area on the grounds of the prison for the purpose of assaulting the inmate. Scott and Ford, carrying out a directive from Sharpe, took the inmate to the ground and struck him multiple times in the body. The inmate was handcuffed and compliant at the time of the assault.

“The defendants committed two retaliatory, injurious, and unjustified assaults while acting as a corrections officer,” said Principal Deputy Assistant Attorney General Pamela S. Karlan of the Justice Department’s Civil Rights Division. “The Justice Department is committed to ensuring that the civil rights of all individuals are protected and will vigorously prosecute individuals who betray their oath of office and violently abuse the power entrusted to them as officers of the law.”

“Our office is committed to protecting the civil rights of all people, and we will prosecute all those who violate the law,” said Acting U.S. Attorney Peter Leary of the Middle District of Georgia. “Law enforcement and correctional officers will be held to the highest standard, as well they should, since they are entrusted with a great degree of authority over the liberty of those they are sworn to protect.”

“Correctional officers at prisons face difficult conditions trying to keep prisons safe for incarcerated felons and staff, but it is never acceptable for them to violate their oath by violently abusing their power,” said Special Agent in Charge Chris Hacker of the FBI Atlanta Field Office. “The FBI makes civil rights offenses a high priority to protect inmates against such abuse and to protect the hard-working officers who uphold their oaths on a daily basis.”

Sharpe faces a maximum statutory penalty of up to 10 years in prison and a fine of up to $250,000 for each count.

This case was investigated by the FBI and was prosecuted by Trial Attorneys Katherine G. DeVar and Nicole Raspa of the Justice Department’s Civil Rights Division, with assistance from Criminal Chief Michael Solis of the U.S. Attorney’s Office for the Middle District of Georgia.