The theft charges total more than $26,000 and span from metro Atlanta to the far corner of southwest Georgia. 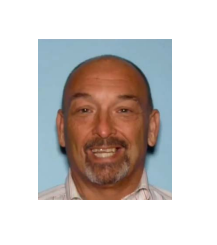 Special Agents with the Criminal Investigations Division of the Georgia Insurance and Safety Fire Commissioner’s Office recently assisted with the arrests of Steven Eric Chastain, 58, of Canton, Georgia for charges of theft.

On March 6, 2020, the Insurance and Safety Fire Commissioner’s Office ordered a revocation of Steven Eric Chastain’s Public Adjuster License. Per his request, he was granted a hearing scheduled for May 27, 2020 to dispute the revocation, but failed to show up, resulting in his license being immediately revoked. Before the hearing date, two warrants were taken out on Chastain at two separate venues.

On May 13, 2020, a charge of Theft by Conversion was filed in Dougherty County. Six days later, the same charge was brought forth in Cobb County. On the evening of May 27, 2020, Chastain turned himself in to the Cobb County jail, where he was wanted for one count of Felony Theft by Conversion.

Prior to turning himself in, Chastain had made arrangements for his $6,000 bond to be immediately posted. However, the Insurance Commissioner’s office also had active warrants in Dougherty County for a separate felony charge of Theft by Conversion. On May 29, 2020, Chastain was transferred from Cobb County to the Dougherty County jail. The next day, Chastain posted bond of $2,500.00 and was released from Dougherty County.

“Under my leadership, we will utilize all available resources to go after bad actors like Mr. Chastain,” said Insurance and Safety Fire Commissioner John F. King. “The citizens of the State of Georgia should rest easy knowing Mr. Chastain is no longer licensed as a public adjuster. To date, our office has arrested Chastain on over $550,000.00 worth of stolen funds from hardworking Georgians. If you believe you have been a victim of Chastain’s unscrupulous acts, please contact our office at 800-656-2298 immediately.”

A Felony Theft by Conversion charge is punishable by imprisonment for one to 10 years. To report suspected insurance fraud, contact the Georgia Department of Insurance at 800-656-2298. Callers can choose to remain anonymous.