A former Commander of Naval Station Guantanamo Bay (GTMO) was convicted by a federal jury this week of obstructing justice and making false statements, among other charges, in connection with the death of a civilian at the naval base. 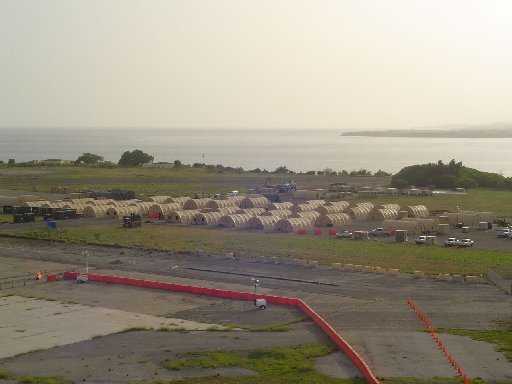 A former Commander of Naval Station Guantanamo Bay (GTMO) was convicted by a federal jury this week of obstructing justice and making false statements, among other charges, in connection with the death of a civilian at the naval base.

John  Nettleton, 54, of Jacksonville, Florida, was convicted of obstructing justice, concealing information, falsifying records and making false statements, all related to his actions during the Navy’s investigation of the death of Christopher M. Tur, the Loss Prevention Safety Manager at GTMO’s Naval Exchange.  A sentencing date has not been scheduled.

“Captain Nettleton dishonored his oath and impeded the investigation into a civilian’s tragic death, preventing much needed closure for the family and friends of the deceased,” said Assistant Attorney General Brian A. Benczkowski of the Justice Department’s Criminal Division.  “Today’s verdict demonstrates the department’s steadfast commitment to holding accountable those who abuse their positions of public trust and obstruct justice.”

“By deliberately misleading NCIS during the investigation into the tragic death of Mr. Tur, Captain Nettleton delayed justice and wasted valuable Department of the Navy resources,” said Special Agent in Charge Matthew Lascell of the Naval Criminal Investigative Service’s (NCIS) Southeast Field Office. “NCIS is dedicated to holding those who unlawfully impede investigations accountable for their actions.”

Tur, 42, was found drowned in the waters of Guantanamo Bay on Jan. 11, 2015.  An autopsy revealed that Tur had suffered injuries prior to his drowning.  At the time of Tur’s death, Nettleton was the Commanding Officer of GTMO.  Nettleton was indicted

According to the evidence at trial, Tur confronted Nettleton at a party at the GTMO Officers’ Club on Jan. 9, 2015, with allegations that Nettleton and Tur’s spouse had engaged in an extramarital affair.  Later that same evening, Tur went to Nettleton’s residence and a physical altercation ensued that left Tur injured.  Tur was reported missing on Jan. 10, 2015, by other residents of GTMO.  Nettleton also did not report that Tur had accused him of the extramarital affair, that Nettleton and Tur had engaged in a physical altercation at Nettleton’s residence, or that Tur had been injured.  Nettleton persisted in concealment and false statements as the search for Tur continued and then during the investigation into the circumstances of his death.