The drug at the center of it is a fentanyl-based, rapid-onset opioid approved to treat cancer patients suffering intense breakthrough pain. 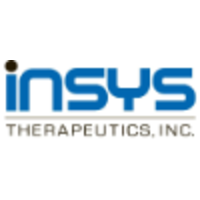 The former National Sales Director for Insys Therapeutics was sentenced Tuesday in federal court in Boston for his role in conspiring to bribe practitioners to prescribe Subsys, a fentanyl-based pain medication, often when medically unnecessary.

Richard Simon, 48, of Seal Beach, Calif., was sentenced by U.S. District Court Judge Allison D. Burroughs to 33 months in prison, three years of supervised release, restitution to be determined at a later date and ordered to pay approximately $2.3 million in forfeiture. The government recommended a sentence of 132 months in prison.

In May 2019, Simon was convicted by a federal jury of racketeering conspiracy along with four other Insys executives.

Subsys, a drug owned and manufactured by Insys Therapeutics, Inc., is a fentanyl-based, rapid-onset opioid approved to treat cancer patients suffering intense breakthrough pain. From May 2012 to December 2015, Simon and his co-defendants conspired to bribe practitioners, many of whom operated pain clinics, in order to induce them to prescribe Subsys to patients, often when medically unnecessary. The defendants also conspired to mislead and defraud health insurance providers who were reluctant to approve payment for the expensive drug when it was prescribed for patients without cancer.

In September 2012, Simon joined Insys as a District Sales Manager and began actively recruiting high prescribing doctors and engaging in quid pro quo agreements with doctors. When Simon was promoted to National Sales Director, he directed sales managers and sales reps to bribe prescribers and to reach specific and enforceable agreements with doctors to prescribe Subsys.

Ensuring that prescriptions were paid for by insurers was equally important to Simon. So he ordered the creation of the “Charts in Progress” (CIP) Report. The CIP reports, which tracked the progress that the Insys Reimbursement Center made in obtaining payment from insurers and provided it to sales managers, was one of the tools used at Insys to track the success of the criminal scheme.