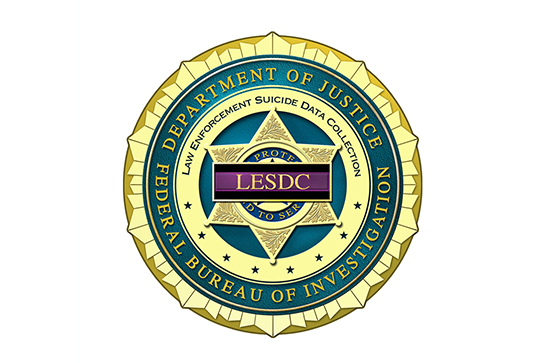 The FBI announced today the official launch of the Law Enforcement Suicide Data Collection (LESDC), which took place on January 1, 2022:

On June 16, 2020, the President of the United States signed Law Enforcement Suicide Data Collection Act, Pub. L. No. 116-143, 134 Stat. 644-45 (2020) (codified at 34 United States Code § 50701 [2018]), which aims to help agencies better understand and prevent suicides among current and former law enforcement officers by mandating the FBI to collect information on incidents in which current and former law enforcement officers attempted or died by suicide.

Under the LESDC Act, the FBI must collect the following information for each incident involving an officer who dies by or attempts suicide:

Because the FBI’s Uniform Crime Reporting (UCR) Program already operates several other national data collections, the FBI tasked the UCR Program with establishing and managing the LESDC. Following the same specifications as the other UCR Program data collections, LESDC reports will not contain information that directly identifies any individuals, and only law enforcement agencies (as defined by the LESDC Act) can submit information. Agencies can access the LESDC via a web application in the FBI’s Law Enforcement Enterprise Portal (LEEP). As with all UCR data collections, submission of information is voluntary unless otherwise mandated.

As stated in the LESDC Act, in June 2022, the FBI will publish information about the LESDC on the FBI’s Law Enforcement Data Explorer (a subset of the Crime Data Explorer).